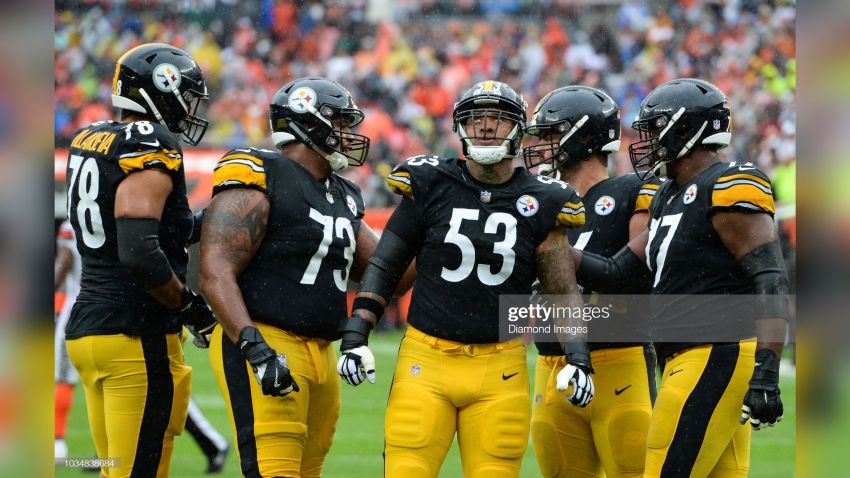 For a good stretch during the 2000s, the Pittsburgh Steelers had what was quite arguably the best offensive line in all of football, which sent three members to the Pro Bowl in multiple years. While that group aged together and their talent slowly faded, we are left with a sad reflection today looking back and observing that all of their careers are now over.

Of the five, following yesterday’s news, four have now officially retired from the game of football. The only one who has not made an official announcement is DeCastro, whom the Steelers released injured last offseason, though it’s been strongly implied, including by multiple comments from general manager Kevin Colbert, that he is indeed done.

The Steelers began a project in earnest in 2010 to rebuild their offensive line when they used their 18th overall pick to select Pouncey as their new starting center. He was a Pro Bowler as a rookie—and every other year he played in which he was healthy for more than a few snaps. He announced his retirement following the 2020 season.

Foster preceded him by a year, signed as a college free agent out of Tennessee. While it took him a few years to be given a steady starting job, he finished his career with 145 starts in 160 games, and was a core leader of the team, not just the offensive line, serving as their NFLPA player rep. He retired first, following the 2019 season.

Next up was Marcus Gilbert, Pouncey’s college teammate, drafted in the second round in 2011. He began his career as the backup to Willie Colon at right tackle, but was starting by Week 2 due to injury, and hardly looked back since.

He really began to blossom under the tutelage of Mike Munchak starting in 2014, and developed into a Pro Bowl-level talent, though he was never recognized as such. Difficulty staying healthy significantly impacted his career, however. The Steelers traded him to the Arizona Cardinals in 2019, but he never played for them due to injury. He opted out of the 2020 season due to the COVID-19 pandemic, but announced his retirement in April of last year.

After Gilbert, the Steelers used their top two picks, and three overall, on linemen during the 2012 NFL Draft, which included selecting DeCastro 24th overall. He missed most of his rookie season due to a torn MCL, but was a consistent starter from then on, and at one point was one of the very best guards in all of football and a perennial All-Pro.

He dealt with a chronic ankle injury for much of his career, which flared up during the 2020 season. Heading into minicamp last year, an MRI revealed that he would need surgery, and likely wouldn’t be able to play in 2021. The Steelers opted to part ways with him, with Colbert stating at the time that he was contemplating retirement, anyway. He confirmed as much during a subsequent interview as well, and he has given no indications that he plans to be on a roster in 2022.

The last of the linemen to enter the fray was Villanueva, who has by far the most interesting background. Coming out of Army, having been recruited as a tight end, only to go on to play defensive end and wide receiver, his career path from declaring for the draft to actually making a team spanned several tours of active duty as an Army Ranger.

Spotted as a monolithic 6’9” defensive end on the Eagles’ preseason roster, the Steelers signed him to their practice squad in 2014 to begin mastering the position of offensive tackle. Due to Mike Adams’ injury, he was the top reserve entering the 2015 season. Beachum tore his ACL in the first half of the year, and Villanueva started every single game of his career since, including all 17 after signing with the Baltimore Ravens in free agency in 2021.

The reason I’m writing this, of course, is because Villanueva announced his retirement yesterday. That brings to an end the most prosperous period of offensive line play, and offensive football, that the Steelers organization has seen in some time, perhaps ever. Those offenses of the mid-2010s hold most of the franchise’s all-time scoring records, and it was those men in the trenches who steered that ship. All five of these players were already gone from Pittsburgh before the start of the 2021 season, but it now marks the true end of an era now that the full story of their careers have been written—at least until Pouncey enters the Hall of Fame.