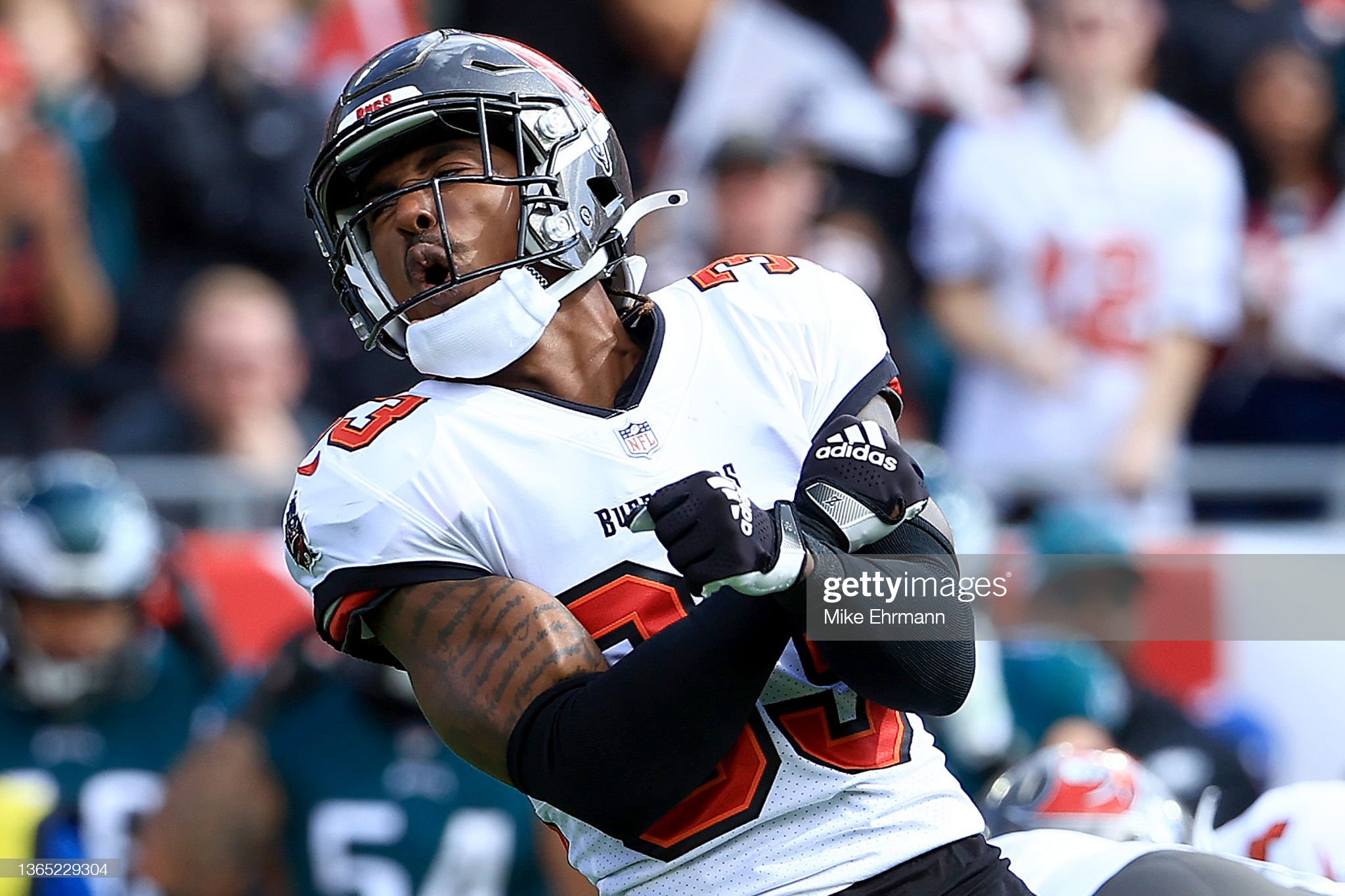 With a potential need at safety next to All-Pro Minkah Fitzpatrick, depending on what happens in free agency with veteran safety Terrell Edmunds, could the Pittsburgh Steelers could satisfy that perceived need with a local product?

According to ESPN and Pro Football Focus’s Ben Linsey in a piece identifying a “perfect” match in free agency between a player and a team, the Steelers could do just that with Tampa Bay Buccaneers’ safety Jordan Whitehead.

Whitehead, a Pittsburgh-area native from Monaca who helped write one of the most prolific chapters in Central Valley High School history, is set to hit the free agent market next Wednesday after four seasons with the Buccaneers, a span in which he won a Super Bowl title, appeared in 59 career games with 55 career stats.

“Few safeties have been better at getting downhill and making plays against the run than Whitehead the past two years in Tampa Bay” Linsey writes. “He ranks in the 95th percentile of all safeties in run-defense grade and 97th percentile in run-stop percentage since 2020. He is best suited as a strong safety in a defense that plays a lot of single-high coverages. Things are trending in the opposite direction across the league, but the Steelers are one of the teams who still fit that bill. It just so happens that they could be in need of a safety to pair with Minkah Fitzpatrick, and Whitehead has high school and collegiate ties to Pittsburgh.”

According to Pro Football Focus’s contract projection, Whitehead could land a three-year, $24 million deal with $13.5 million guaranteed on the open market, which would be significantly higher than the fifth-year option Edmunds was slated to receive next season before the Steelers ultimately declined it, making him a free agent.

The fifth-year option on Edmunds for 2022 was scheduled to be $6,753,000 and would have been fully guaranteed had it been exercised.

Whitehead, at least on paper, appears to provide a bit of an upgrade, especially in coverage, having graded out at a 74.9 overall in PFF’s metrics, including a mark of 81.5 against the run, and a 72.2 in coverage.

Jordan Whitehead wants another Super Bowl with the @Buccaneers 🏆

For comparisons sake, Edmunds never had a season higher than 70.9 from PFF, including a mark of 60.1 last season.

Adding a talent like Whitehead to the defense would allow the Steelers to be even more creative defensively, especially with Whitehead in the box, allowing Minkah Fitzpatrick to fully roam freely in the secondary. Edmunds is a much bigger player overall (6-foot-1, 217 compared to 5-foot-10, 198 for Whitehead), but Whitehead’s aggressiveness and overall physicality allows him to live in the box, making him a good fit in Pittsburgh.

Not only that, Whitehead could solve the slot corner issues as well, considering he was one of the top cover guys in the slot last season, allowing the fourth-lowest completion percentage in the NFL.

Dude is so underrated.