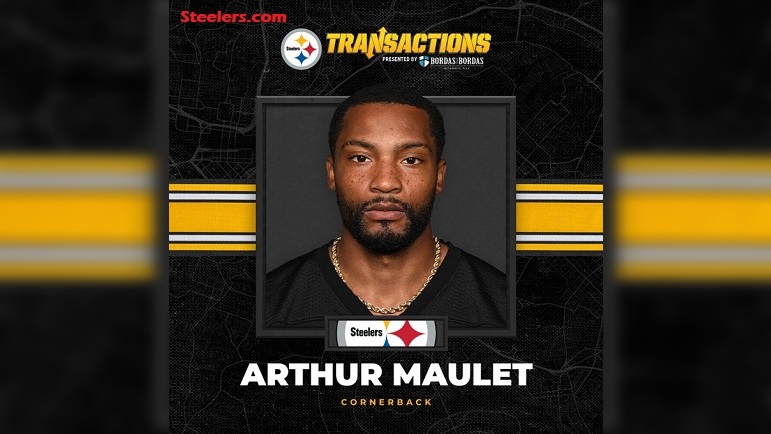 The Pittsburgh Steelers re-signed cornerback Arthur Maulet several days ago, and the terms related to that two-year contract are now known thanks to Joel Corry of CBS Sports.

The contract totals out at $3.825 million. His base salaries by year are $1.035 million and $1.79 million, respectively. As part of his deal, Maulet received a $1 million signing bonus. His cap charges for the two years are $1.535 million and $2.29 million respectively.

After signing him to a one-year deal last offseason, the Steelers used Maulet quite a bit in 2021 and mostly in the slot in nickel and dime sub-packages. In total, Maulet logged 380 defensive snaps during the 2021 regular season on his way to registering 46 total tackles, one pass defensed, two quarterback hits, and one forced fumble. He also had one tackle on special teams in the 162 snaps he played. Coverage-wise, Maulet was targeted 25 times and allowed 18 receptions for 261 yards and a touchdown, according to PFF data. He also is down as missing three tackles on the season.

Maulet played his college football at Memphis, and was signed by the New Orleans Saints as an undrafted free agent in 2017. He has also been a member of the Indianapolis Colts and New York Jets.