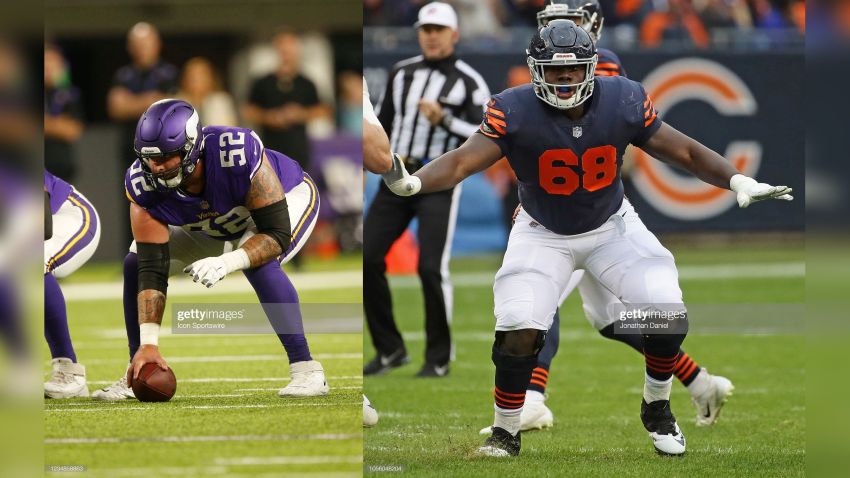 The Pittsburgh Steelers saw their quality of product along the offensive line last season and they went to work in March, signing two players in free agency to add to that group, one of whom is a sure-fire starter, and the other likely to be a starter as well.

James Daniels is the more lauded signing, a young up-and-coming interior lineman, primarily at guard, coming over from the Chicago Bears. They also signed Mason Cole, another interior lineman whose preference is center, coming over after one season with the Minnesota Vikings, having previously spent his first three seasons with the Arizona Cardinals.

Combined, the pair bring 87 career starts in eight seasons with them to Pittsburgh, which is quite an influx of experience, considering their most established starter presently is Chukwuma Okorafor, who has started 33 games (at tackle) in his career. 31 of them have come in the past two years. The rest of the group is quite young and inexperienced, and there’s where Cole believes that he and Daniels’ presence can be an asset.

“Every room is different each year. Adding guy like James and a couple of veterans into this room, I think, is huge, because I know it’s a younger room”, he told Mike Prisuta in an exclusive interview with the team’s website. “To have a veteran presence in there is huge. And our goal this year, and every year, will be to rush the ball effectively, to protect our quarterback, and to win a bunch of football games”.

Cole has had something of an interesting career. A third-round pick out of Michigan, he started 16 games as a rookie at center, but that’s only because starter A.Q. Shipley missed the entire season. He started only two games, due to injuries, his second year. After Shipley retired, Cole returned to the starting lineup full-time in 2020, missing time only due to injury.

Early last offseason, the Cardinals acquired Rodney Hudson to take over the starting center position, Hudson being widely regarded as one of the very top centers in the league for a number of years. They promptly shifted Cole, sending him to the Vikings, where he was stuck behind former first-round draft pick Garrett Bradbury at center.

He started the season on the bench, but after Bradbury missed time due to COVID-19, Cole was plugged into the starting lineup for several games. when Bradbury returned, Cole shifted to guard and remained in the starting lineup, though he missed the final three games due to injury.

Perhaps finally being in a stable environment with a clear role, if indeed that is what ends up happening, will help allow Cole to settle down. Right now, Kendrick Green and J.C. Hassenauer are the alternatives at center. One of them, or Kevin Dotson, is the presumed starter at one of the guard positions, as well.

Of course, it is still March, and we may yet see the Steelers further address the offensive line. It is likely inevitable that they will draft at least one lineman, but they could draft more than one. And they could still sign another free agent, as well, or trade for a player—or wait for post-draft cuts, which always see some quality veterans let loose.