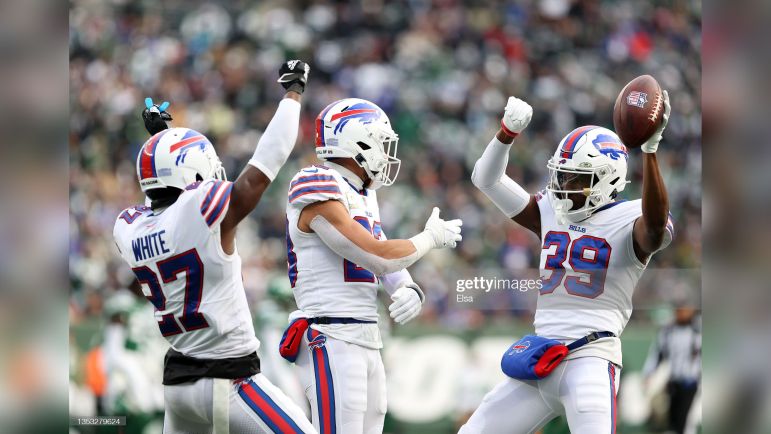 Tre’Davious White has been in the NFL for five seasons now since the Buffalo Bills drafted him 27th overall out of LSU in 2017. He has developed into a Pro Bowl and All-Pro player, highlighted by a standout 2019 season in which he recorded six interceptions and forced two fumbles.

He’s a star on the field, but he’s also a bright light off of it, as well. He’s a leader in the locker room, willing to take others under his wing, touching the professional and even personal lives of a number of teammates. That list includes cornerback Levi Wallace, one of the newest Steelers, who talked to Mike Prisuta for the Steelers’ website about the impact White had on his career.

“I’ve always seen him as an older brother”, he said. “He entered the draft a year before me. Just the way he works each and every day is amazing. Just the professional he is. And he’s always one of the last people the leave the field. He always wants to be better”.

“He’s getting caught on, in practice, in a game; I’m like, ‘Yo bro’, like, ‘you play corner, just relax’”, Wallace went on. “He cares so much about football, like he’s fighting each and every play for everything. Just to see the way that he worked pushed me to work the same way”.

These sorts of things bare a resemblance to what we heard from other defenders about Minkah Fitzpatrick—a college teammate of Wallace’s at Alabama—when Pittsburgh first brought him in. Even the reigning Defensive Player of the Year, T.J. Watt, credits Fitzpatrick for fine-tuning his note-taking habits.

While White and Fitzpatrick were first-round picks, Wallace was undrafted, after walking on in college, yet he’s had a consistent starting role since the middle of his rookie season in 2018. He has started every game in which he has played, with 219 career tackles and six interceptions with 30 passes defensed, seven tackles for loss, and a fumble recovery. He feels that he has grown every year, and he credits White for playing a role in that.

“He just kind of mentored me in how he sees things and how the defenses [work] and how to watch film”, he said of his now former teammate. “Which I already knew, but he just took it to another level for me. Just having a guy like that in the locker room, for me, just made me that much better of a player, and I can never thank him enough for that”.

He now has an opportunity to establish himself as a fixture in the Steelers’ defense after signing a two-year, $8 million contract. We will see how well he is able to employ all of the lessons that he has learned, now with Fitzpatrick watching over him as another ‘brother’.