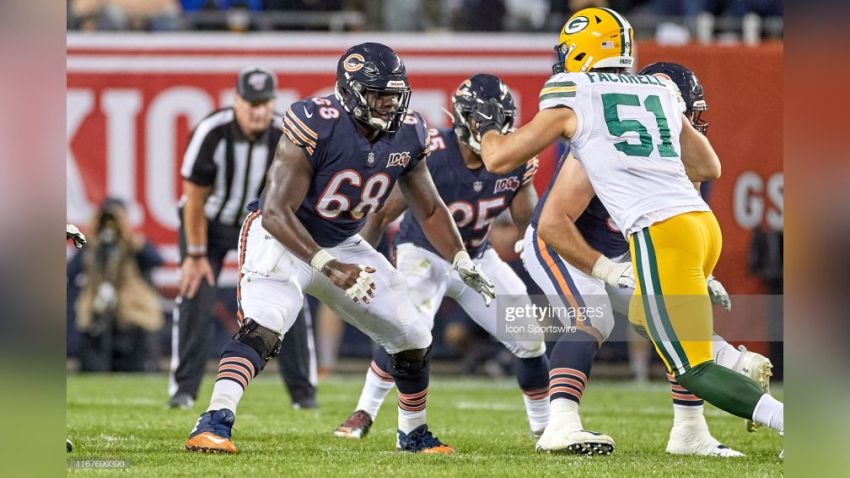 The move may not have made the waves in free agency the way Jacksonville’s signing of guard Brandon Scherff or Miami’s signing of Terron Armstead did, but the Pittsburgh Steelers’ signing of interior offensive lineman James Daniels was quietly a very good one.

The move to sign Daniels to a three-year, $26.5 million deal was quietly one of the better moves of free agency to date as the Steelers added an experienced, young interior offensive lineman to help jumpstart a rebuild in the trenches.

Having started 48 games in his career, Daniels can play both guard positions and center, and gives the Steelers a potential cornerstone in the trenches. The move was lauded across the league, but then quickly forgotten about overall.

Except by CBS Sports’ Cody Benjamin, that is.

Benjamin tabbed the Steelers’ signing of Daniels as one of his most underrated signings of free agency across the league Thursday.

“Pittsburgh isn’t getting Daniels on the cheap, making him one of the seven highest-paid right guards in the NFL, but the value is still rock-solid,” Benjamin writes. “The best, most versatile piece of an otherwise iffy Bears line, he’s also only 24, so he’ll be primed to keep growing while addressing a major need for the Steelers.”

The Steelers certainly handed out a pretty penny to get one of the best interior linemen on the market into the black and gold, which was well done on their part. Where he plays in Pittsburgh still remains anyone’s guess, but there’s no denying he solidifies the Steelers in the trenches after a disastrous 2021 season following the retirement of Maurkice Pouncey, the release of David DeCastro and the departures of Alejandro Villanueva and Matt Feiler in free agency.

OG James Daniels to the #Steelers

Athletic, interior mover. Positional blocker. Can climb/cut-off at the 2nd level. Versatility at G/C. Former Hawkeye is only 24 years old. No.68 in the clip below…@NFLMatchup pic.twitter.com/JniTPSMjXc

Daniels was one of just two offensive linemen on Benjamin’s list of underrated free agency signings across the league as he was joined by Austin Corbett, who signed with the Carolina Panthers on a similar deal overall.

The signing of Daniels is not one that’s going to cause the internet to break, but it will help the Steelers compete quickly in the trenches in 2022 and beyond as the Steelers got through a period of transition overall.