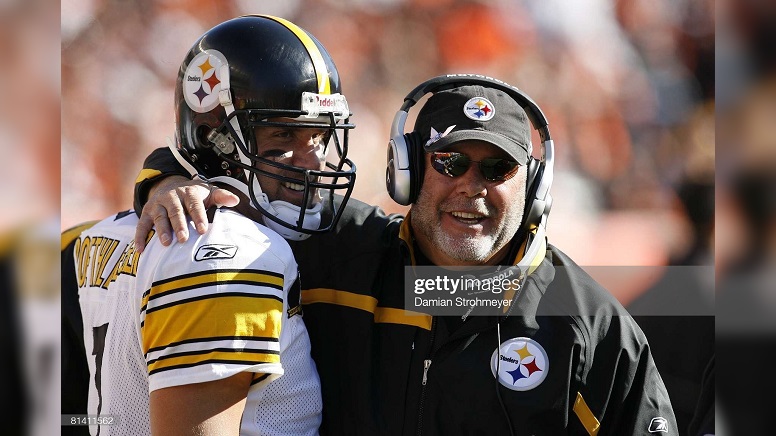 A native of New Jersey, the 69-year-old Bruce Arians led a fulfilling life as a football coach. Bearing a ‘call it like I see it’ demeanor throughout every stop in his journey, he was always his own man, whether as a position coach or leading an entire team. And he’s had a hell of a career since his first ‘retirement’ back in 2012.

No, the man hasn’t died, nor has he retired, but he did announce yesterday that he is transitioning. He is stepping down as head coach of the Tampa Bay Buccaneers and taking on a much more passive role as senior football consultant. But he leaves behind quite a resume as a head coach.

When the Pittsburgh Steelers decided it was time to part ways with Arians as offensive coordinator following the 2011 season, they were confident enough that he intended to retire afterward that they announced the move as a retirement.

He joined the Indianapolis Colts’ coaching staff as offensive coordinator barely more than a week afterward. And he won the AP NFL Coach of the Year Award that year, acting as interim head coach while Chuck Pagano dealt with cancer treatments. That immediately led to a full-time head-coaching job with the Arizona Cardinals in 2013, where he would win another Coach of the Year Award and set the franchise record for the most wins by a head coach—in just five seasons.

Arians then retired, for real for the first time, in 2018, but he decided to return to football after taking a year off, and was hired to be the head coach of the Tampa Bay Buccaneers. He helped orchestrate bringing Tom Brady into the organization in 2020, and they immediately won the Super Bowl that season, his third ring overall after winning two as a position coach with the Steelers. In doing, so, he also became the oldest head coach to ever win a Super Bowl.

All in all, Arians will retire with a record of 80-48-1 as a head coach and a .629 winning percentage. He posted winning percentage of .688 or better (translating to an 11-5 season) in five of his eight years as head coach overall. He took four teams to the postseason, where he went 6-3. His 9-3 ‘record’ as the Colts’ interim head coach is not reflected in his win-loss record cited above, as they are officially awarded to Pagano.

I think it would be fair to say that Arians ran his teams his way, which weren’t always conventional. Sometimes they didn’t always work. It took him a while to fully grasp the essential nature of building your offensive line in order to run the types of offenses he wanted to run, for example.

But he won’t be a coach that is easily forgotten, and I think he’s also established a lasting legacy in numerous ways; as an advocate for the game of football general, as a leader by example in recognizing the quality contributions of women and minorities in the coaching ranks, and simply as somebody who was willing at seemingly all times to be himself, no matter how many microphones were in his face. His personality on Sundays will certainly be missed. As will his soundbites. Good luck in semi-retirement, Bruce. I’m sure you’re not done ruffling feathers.