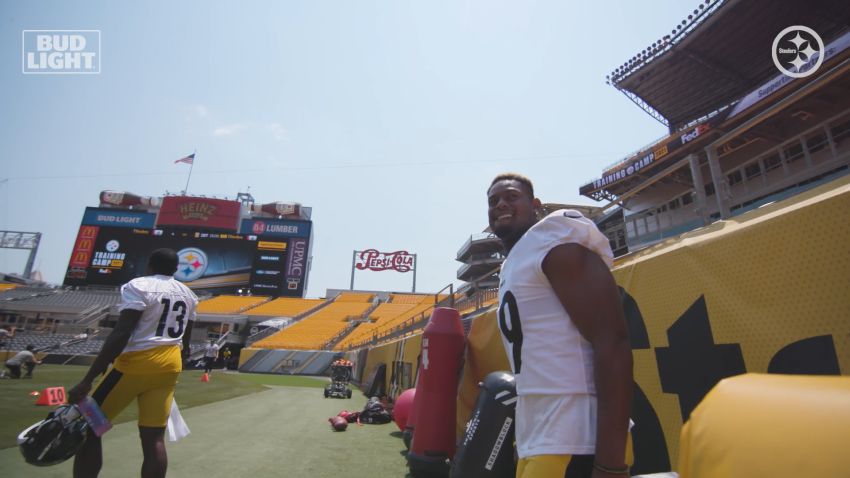 Topic Statement: It’s time for JuJu Smith-Schuster and the Steelers to move on.

Explanation: The sixth-year veteran wide receiver is on the open market for a second year in a row after missing the bulk of the 2021 season due to a shoulder injury. He is facing a depressed market because of his lack of production and health, which increases the odds of the Steelers being able to re-sign him again.

The last truly good season that Smith-Schuster has had was 2018. He was still largely unknown then. He was playing opposite Antonio Brown. And he hasn’t even been able to stay healthy since then, either. While he’s still young, he is not worth another $8 million, which may be what it would cost to bring him back again.

Diontae Johnson has been this team’s number one receiver for at least the past two seasons, and they’re going to have to (possibly) extend him. One can argue that Chase Claypool is (or at least can be) the number two even if Smith-Schuster is on the roster.

They need more wide receivers; they don’t necessarily need Smith-Schuster back. Steven Sims or Anthony Miller could potentially be in play heading into next year. There are also other free agent wide receivers to consider, and they could target a deep threat while looking for a slot specialist in the draft. Or vice versa.

Smith-Schuster has had plenty of bad luck over the course of the past few years, that’s for sure. It’s substantially damaged his reputation, and has produced inaccurate readings of his actual abilities. The truth is that he has not been used in ways that accentuate the variety of his skillset over the past few seasons.

The man is seeing passes just six yards down the field on average over the past two years. No wonder his efficiency numbers are so poor—he’s being used like a check-down back. And yet he continues to produce with yards after the catch and forcing missed tackles.

This was a product of Ben Roethlisberger’s limitations in the final years of his career following his elbow injury, and especially how that was exacerbated by the deterioration of the offensive line, which prohibited him from holding onto the ball and allowing plays to be made.

Mitch Trubisky is no savior, but he can move around in the pocket, and the offensive line is in the process of being upgraded. Smith-Schuster’s presence would be good for Trubisky as a reliable short-area option, moving the chains.