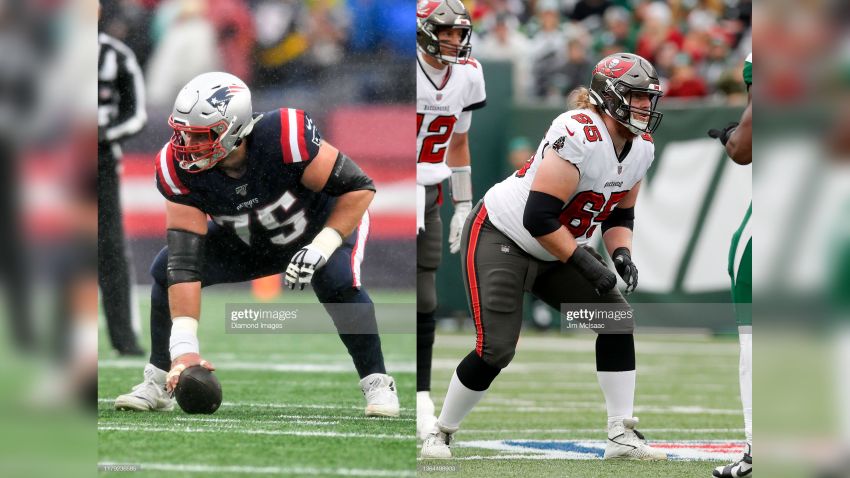 Technically speaking, very little has actually happened yet. Any activity between different teams or between teams and free agents who are currently under contract with an organization is not yet official. All that has been reported is the intent for such deals to be completed, and there is usually at least one deal per year that ends up falling through.

Still, it’s rare, as the Cincinnati Bengals are hoping, because the defending AFC champions used the first day of the negotiating window to try to bolster their offensive line, the weakest area on their roster. They have been reported to have agreed to terms with two new starting offensive linemen, and they likely are not done.

Reportedly, Cincinnati has agreed to terms with former Tampa Bay Buccaneers guard Alex Cappa, and former New England Patriots center Ted Karras. Cappa’s contract was is reportedly anticipated to come in at $40 million over four seasons, while Karras’ contract is described as being worth $18 million over three seasons.

While they may still need to address the right tackle spot, they should have their interior offensive line secured. With Karras being brought in to play center, Trey Hopkins can move over to guard. They also have 2020 second-round pick Jackson Carman as a potential competitor for an open spot. He could theoretically even move over to right tackle, as he played tackle at Clemson.

The Bengals allowed 70 sacks during the 2021 season, with quarterback Joe Burrow taking 51 sacks during the 17-game regular-season schedule, and another 19 sacks in the midst of their four-game postseason run, which came up just short of a Super Bowl title.

It was pretty universally agreed that the offensive line was their weakest position on the roster, though now having lost tight end C.J. Uzomah, they may want to address this as well, even with Drew Sample continuing to develop.

Even with the new reported deals hitting, the Bengals still are expected to have more than $21 million in cap space available to them, and they have been big spenders on the outside unrestricted free agent market in each of the past two seasons, so we certainly shouldn’t anticipate that they are finished.

One deal that’s not yet on the books is a reported three-year, $30 million contract for defensive tackle B.J. Hill. Specific details are not yet available, so it is unclear what his 2022 cap hit will be, but it should have a manageable first-year cap hit.

They also have multiple tools at their disposal to create additional cap space, including releasing cornerback Trae Waynes, who has hardly played for them since signing as a free agent two years ago. He would clear about $10 million in cap space. They could clear another $7 million be restructuring Trey Hendrickson’s contract.