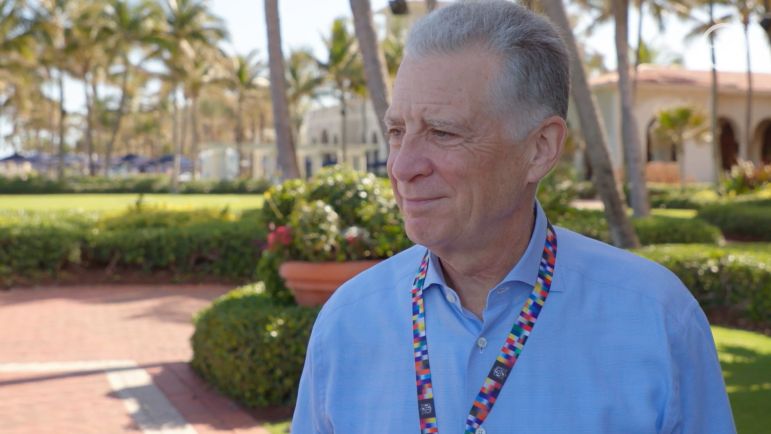 The Pittsburgh Steelers, thanks largely to having no franchise quarterback contract on the books and a substantial rise in the salary cap, entered this offseason process with far more room than they are accustomed to. Unsurprisingly, they were more active than they typically are—because they had more cap space to utilize.

Thus far, the team has signed seven outside free agents, including four of them to compensatory-qualifying contracts (which is to say that their contracts will work against them in the compensatory formula for 2023). They also were able to sign a number of their own players, and they are still likely to add another significant player or two before all is done—certainly a starting strong safety.

“It’s always good to have a little room to maneuver in terms of some cap space”, Steelers owner Art Rooney II conceded while speaking to Missi Matthews on Monday for the team’s website at the annual league meeting in Florida. “It was a little different. We’re happy with the players we were able to sign. I think we may have plugged a few holes and brought in people that can help us. It was a good process for us”.

The most consequential signing was, of course, for quarterback Mitch Trubisky, a former second overall pick with ample starting experience who nevertheless is still young. He is not being handed a starting job, but is likely to start over Mason Rudolph.

Whichever quarterback is under center will have two new linemen out in front of him, James Daniels and Mason Cole, but free-agent signings. They also signed Gunner Olszewski, a wide receiver and return man, along with cornerback Levi Wallace, inside linebacker Myles Jack, and outside linebacker Genard Avery.

While free agency remains ongoing, of course, the primary focus right now is on the pre-draft process, which heavily involves attendance at Pro Day events. “We talk every week about where they’ve been and who they’ve seen”, Rooney said of his contact with Mike Tomlin and Kevin Colbert about their observations on the circuit.

“We have a lot of work to do still”, he added. “We’ll probably have all of those prospects come into Pittsburgh and visit us in the facility. It’s an ongoing process of just developing information as much as we can all the way up to the week of the draft”.

Since 2020, necessitated by the restrictions put in place in response to the COVID-19 pandemic, the league adopted rules to regulate contact with prospects over Zoom. While there is a limit on how much one can spend with a prospect on any given day, they are able to speak to the same prospect daily throughout the process if they so choose, and there is no limit on the number of prospects they can speak to.

This is, of course, the final draft with Colbert in the general manager chair. Will he leave the Steelers off with what he believes can be their quarterback of the future? The primary part of this current process is figuring out if such a player is out there this year, and if so, what it would take to get him.