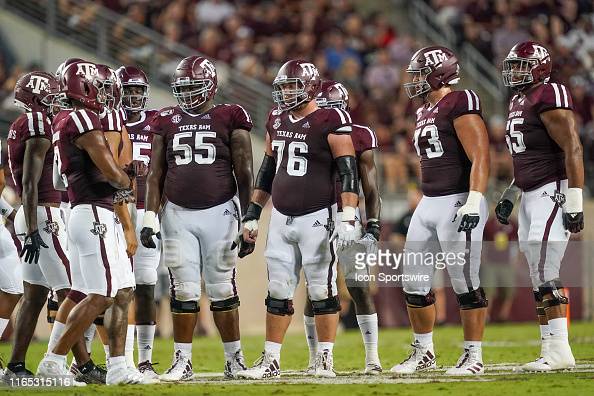 Texas A&M standout guard Kenyon Green is a hot commodity ahead of the 2022 NFL Draft as teams are clamoring for his services.

A two-time All-American with the Aggies, Green is easily one of the top prospects in the draft class along the interior offensive line, and is drawing a ton of interest from offensive line-needy teams, including the Pittsburgh Steelers.

Speaking with the media on Thursday, Green confirmed to the media hat he has had a formal interview with the Steelers, which occurred Tuesday evening. The Steelers are probably pretty familiar with the standout SEC interior offensive lineman, considering the work Pittsburgh put in on tackle Dan Moore Jr. just one year ago.

Now, the Steelers find themselves in need of some interior help along the offensive line, and could turn to a close friend and former teammate of Moore Jr.’s in Green, which Green himself called an “incredible opportunity” Thursday, should he be able to reunite with his close friend.

“That’d be great playing with him. Any opportunity playing at the next level would be an incredible opportunity,” Green said, according to audio provided by Steelers Depot’s Jonathan Heitritter. “Dan’s a close friend, and he’s just telling me to take my time with it, enjoy it, don’t get stressed out with it and just be me.”

Green called the Steelers a "really good interview." said, "they are really family-oriented with a lot of good vibes." #Steelers

Green and Moore Jr. played together in 23 games at Texas A&M, including all 10 together on the left side of the Aggies’ line in 2020 that was a finalist for the prestigious Joe Moore Award for the nation’s top college offensive line.

The Steelers have shown interest in Green to date, having held a formal meeting with him. It will be telling if the Steelers send Kevin Colbert and Mike Tomlin to College Station on Tuesday, March 22 at 8:30 a.m.

According to ESPN’s Jordan Reid, teams see him as a guard in the NFL despite some of his experience at tackle in college, much in the mold of Indianapolis Colts’ standout guard Quenton Nelson, though Reid reports that some teams see Green as a swing tackle, which is very puzzling.

Texas A&M OL Kenyon Green says that NFL teams see him as a guard, but some have talked to him about being a swing tackle. Models his game after Quenton Nelson and Trent Williams.

Green is certainly a name to watch for the Steelers at No. 20 overall, and would plug a significant hole along the interior of the offensive line. How that would look in Pittsburgh with Kevin Dotson at left guard remains to be seen, but reuniting Green with Moore Jr. could really solidify the left side of the Steelers’ offensive line for a long time moving forward.

Here’s our scouting report on Green from Heitritter.