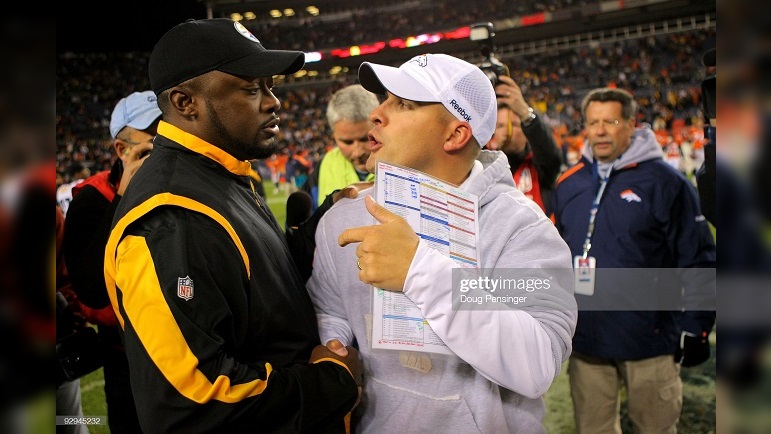 In now appears as though the offseason’s head coach hiring cycle is now over with now that Dennis Allen and Lovie Smith were both hired on Monday to lead the New Orleans Saints and Houston Texans, respectively. In total, nine head coaches were hired during the head coach replacement cycle and with the dust now settled, the Pittsburgh Steelers are set to face three teams with new head coaches in 2022.

The three new head coaches that the Steelers will face in 2022 are Allen of the Saints, Josh McDaniels of the Las Vegas Raiders and Mike McDaniel of the Miami Dolphins.

McDaniels is not new to being an NFL head coach as he was hired to that job by the Denver Broncos in 2009. He didn’t last long with the Broncos, however, as he was fired before the 2010 season ended. McDaniels ultimately went back to the New England Patriots and served as their offensive coordinator from 2012-2021. Prior to being hired by Broncos, McDaniels was the Patriots’ offensive coordinator from 2006-2008. McDaniels is still very young as he is only 45 years old.

McDaniel, who was named head coach of the Miami Dolphins on Sunday, is just 38 years old. He has been credited with putting together a creative running game during his time with the San Francisco 49ers. Before becoming the 49ers offensive coordinator in 2021, McDaniel was the 49ers’ run game coordinator from 2017-2020. This will be his inaugural run as an NFL head coach.

As for Allen, like McDaniels, he has also been a head coach before. He was the Raiders’ head coach from 2012-2014. Allen was the Saints’ defensive coordinator from 2015-2021 and he was the favorite to replace Sean Payton, who recently resigned.

As for the Steelers’ 2022 games against those three teams, they will host the Raiders and Saints at Heinz Field and play the Dolphins in Miami.