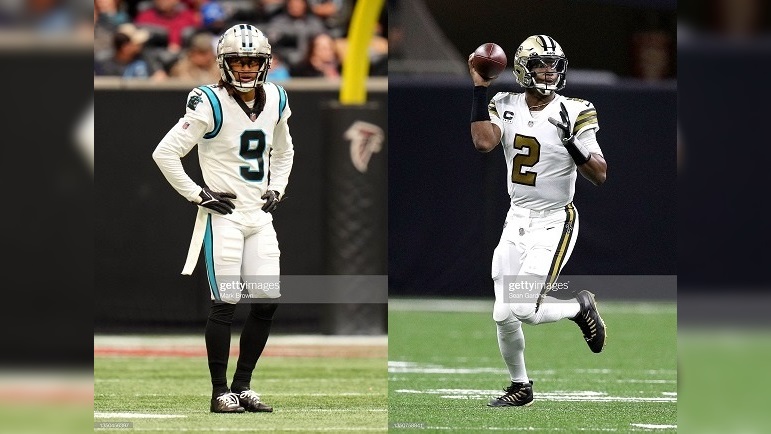 Will the Pittsburgh Steelers be very active in free agency this offseason? More importantly, will they make a few big splashes? With the team having more salary cap space to work with this offseason than they usually do, several fans of the team are expecting a free agency frenzy like nothing they have ever witnessed before. Jeremy Fowler of ESPN. com is certainly attempting to fuel those expectations in his latest insider post that was released on Tuesday.

On Tuesday, Fowler took a shot at identifying the best NFL team fits for the perceived top 50 free agents 2022. In short, he predicted the best landing spots for that list of 50 players with the help of fellow ESPN NFL analyst, Matt Bowen.

Fowler has two soon-to-be top free agent players as best fits for the Steelers, and they are cornerback Stephon Gilmore and quarterback Jameis Winston.

Here is what both Fowler and Bowen wrote about Gilmore being a fit for the Steelers.

“Why it makes sense: We struggled with narrowing down this fit, because many teams would like Gilmore. About two dozen teams had interest at the trade deadline. The 49ers desperately need corner help and will probably poke around here. But Pittsburgh is retooling at the position as well, and Steelers coaches have long been fans of Gilmore’s play.” — Fowler

“Scheme fit: “With Gilmore’s detailed coverage technique and high-level awareness, he’d fit with plenty of teams in free agency. But we like him in Pittsburgh, where the veteran corner can check receivers in man or match/carry in the Steelers’ multiple zone schemes.” — Bowen

While I am sure that prediction will excite a lot of Steelers fans, it’s important to remember that Gilmore is still going to want a fairly lucrative multi-year deal this offseason. He ought to have quite a few suitors to boot. If that’s not enough, Gilmore will turn 32 years old in September. The Steelers just don’t have much of a history when it comes to throwing a lot of money at defensive free agents on the wrong side of 30 who have never played for the organization before. While the addition of Gilmore in Pittsburgh indeed sounds sexy, personally, I will be surprised if that ultimately happens.

Fowler and Bowen also penned thoughts on the Steelers being the best landing spot for Winston this offseason.

“Why it makes sense: The Saints very well could be a factor here, as they keep most of the offensive staff intact post-Sean Payton. Pittsburgh has plenty of options, including rolling with in-house passers Mason Rudolph and Dwayne Haskins, but if the Steelers eschew the trade market, Winston is a high-pedigree free-agent option who thrives off play-action.” — Fowler

“Scheme fit: With Winston, we would see the full scheme under coordinator Matt Canada. That means more motion/movement, under-center play-action and full-field passing concepts on dropback throws. The decision-making with Winston is still a concern, but his arm talent and second-reaction movement ability would fit well here.” — Bowen

Once again, it’s easy to see why Fowler has a player such as Winston linked to the Steelers. After all, the Steelers are likely to add another quarterback this offseason via free agency, trade, or the draft. Winston is likely to have some sort of market this offseason and will likely be looking for a multi-year deal to boot. While he does have the kind of draft pedigree that the Steelers like, he’s easily reached his ceiling as a player. I suppose if the price is right, Winston could be an offseason free agency option for the Steelers and especially if the team isn’t high on drafting a quarterback this year. When I boil it down, however, much like Gilmore, I will be surprised if Winston lands with the Steelers during the offseason. That said, Winston has the better shot of the two, in my honest opinion.

In case you’re curious, Fowler has one soon-to-be Steelers unrestricted free agent as a good fit for an NFC East team. That player is wide receiver JuJu Smith-Schuster, who Fowler and Bowen see as a best fit for the Philadelphia Eagles this offseason.

Below is what Fowler and Bowen wrote about Philadelphia being a possible offseason landing spot for Smith-Schuster.

“Why it makes sense: Smith-Schuster seems destined to leave Pittsburgh. The Chiefs were interested a year ago and could circle back. Smith-Schuster has battled knee and shoulder issues, but when healthy, he can make tough catches over the middle and is a strong blocker — which would help Eagles coach Nick Sirianni’s run-heavy attack.” — Fowler

“Scheme fit: The Eagles have speed and vertical ability in the wide receiver room, but they are lacking a slot target with physical traits. Smith-Schuster is more explosive than you think, with the catch-and-run ability to work as a big slot in Sirianni’s offense.” — Bowen