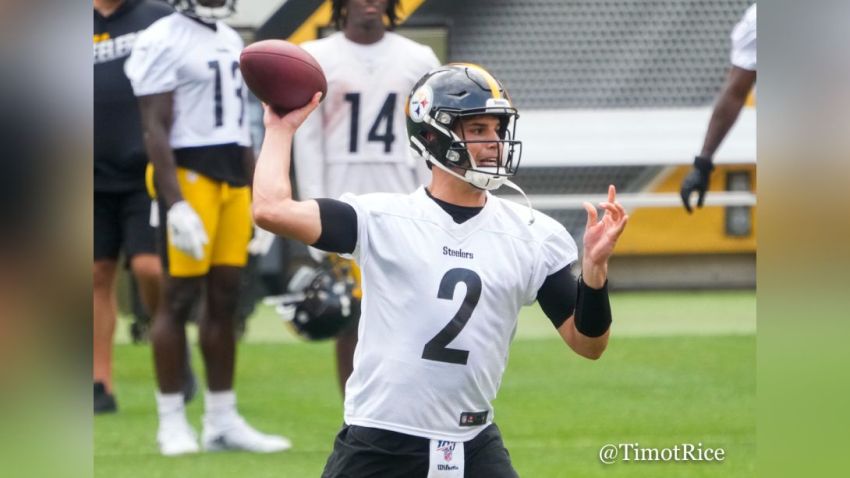 Kevin Colbert spoke with local media Monday on a variety of topics but none bigger than the future of the quarterback position. Colbert confirmed the team will be adding quarterbacks from the outside during the offseason but also noted confidence in Mason Rudolph as the team’s starter.

The tweets and quotes from ESPN’s Brooke Pryor.

Colbert says the Steelers will add QBs: “We know we’re going to add to the position. I can’t tell you how at this point. We will go to camp with four. If we had to start today with Mason as our starter, let’s go. We’ll try to build the best team around him.”

Steelers GM Kevin Colbert on in-house QB options: "If we started a season today, Mason would be our starter. He’s 5-4-1 as a starter. We’re excited to see what’s next for Mason."

Colbert said repeatedly that he expects the team to tender Dwayne Haskins, as @JFowlerESPN previously reported. That gives the Steelers two QBs right now with two spots up for grabs before camp. https://t.co/hm5Wc4PaKn

Rudolph and Haskins gives the team two quarterbacks for their offseason roster. The team almost always carries four quarterbacks into training camp, leaving two vacant spots. It’s unclear how the team plans on filling those spots. One veteran and one draft pick makes sense though identifying specific names is tough to do still so early in the offseason.

Mobility has been a trait the team has said they want their next quarterback to have. While Rudolph nor Haskins are very mobile, whoever the team does sign or draft is likely to be able to extend plays.

“I would say in terms of having a QB that is consistently a threat to be a part of your rushing attack.  I’m not sure that is something I want to rely on, that you can rely game-in, game-out, season-in, season-out.”

“Having some mobility is important, the days of having quarterbacks that their biggest threat is running is probably not exactly what we are looking for.”

The Steelers currently hold the 20th pick in the draft. If they want one of the draft’s top arms like Liberty’s Malik Willis or Pitt’s Kenny Pickett, it may require them to trade up several spots.