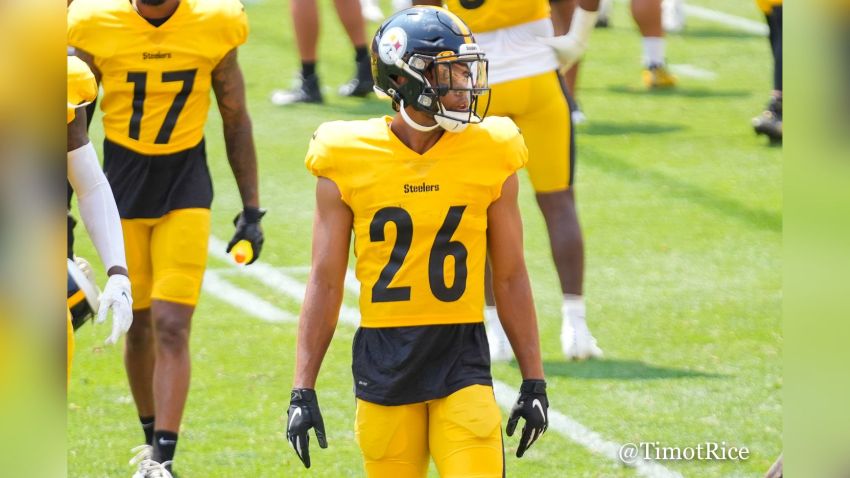 The Pittsburgh Steelers have begun building their offseason roster by signing 12 players to Reserve/Futures contracts, the team announced moments ago.

All 12 of those players spent parts or all of the 2021 season on the team’s practice squad. Archibong and Scott were the only two to play defensive snaps during the regular season, each getting a cup of coffee with the team when they were severely hampered by injuries.

Stiner spent the entire year on the team’s practice squad after signing as a UDFA following the 2021 Draft. He and Bussey were the two players carried since training camp. Here were our post-camp reports on both players.

“A third-string safety for most of camp, his game reps saw a slight bump versus Carolina, coming in at safety when Norwood spun down over slot. He did wind up playing 93 total defensive snaps, a respectable number for a rookie. Stiner is an average athlete with average ball skills, though his INT against Dallas was a nice drive and pick, but he’s a big-body and solid tackler. Think that’s enough to keep him on the practice squad as a possible special teams option if injuries strike this team hard. Good tackler you can call-up is nice to have in your back pocket. Beyond that, his upside looks limited into a Killebrew-type of guy.”

“For a brief time, he was the talk of camp. But if there’s a such thing as an overrated camp darling, it was Bussey. He had one impressive practice early in camp, one that came in shells and not even full pads. Beyond that, he didn’t make a ton of plays. To his credit, he might be the best actual wide receiver in terms of talent and skillset with a nice blend of size, speed, and hands.

But he, and it happens every year, waned down the stretch.”

Pridgeon was signed mid-way through camp as an injury replacement and stuck with the organization for the regular season.

Sternberger has high pedigree with the Green Bay Packers but has struggled to stick in the league. Others were bounced on and off the roster as COVID replacements or insurance like Gilliam, Sloman, and Vaughns.

These players will be carried throughout the offseason with the hopes of making it to training camp and try to carve out a spot on the 2022 team.

Several notable names did not sign a futures contract Tuesday. While it’s possible that still occurs in the coming days, players like Karl Joseph and Steven Sims may explore better opportunities elsewhere.

These players ended season on the practice squad and all are more experienced players likely keeping their options open for now: #Steelers