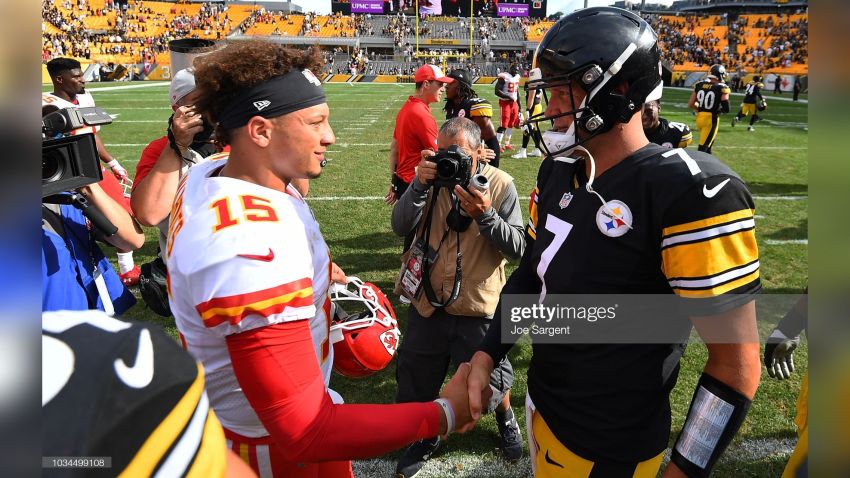 The Pittsburgh Steelers have struggled to finish seasons on a high note in recent years. Even during the 2020 season, when they started the year 11-0, they crawled to a 1-4 finish, and then dug a 28-point hole by the end of the first quarter in the Wild Card Round.

This year has been different. They’ve won three of their final four games, even if they only finished with a 9-7-1 record, but one can argue that they are playing about as well as they have all season. The thing is, they don’t look like they’re huffing and puffing to the finish line like they did a year ago.

And the Kansas City Chiefs know—at least publicly—that they can’t look past the Steelers as their first opponent in this postseason. Because if they do, it may wind up being their only opponent. And Kansas City has been in three consecutive AFC Championship games, with two consecutive Super Bowl appearances, and one victory. Patrick Mahomes would like to match Ben Roethlisberger in getting his second ring in his fifth season.

“He’s an all-time great quarterback that’s going to be in the Hall of Fame one day, but he’s still playing great football right now”, he told reporters yesterday. “If you look at the big-time throws, he’s made to keep their season alive, we know it’s going to be a great challenge for us”.

Roethlisberger’s numbers haven’t been Hall-of-Fame worthy this year, but you know what has been? His instinct and drive. He led the Steelers to six fourth-quarter comebacks this season and seven game-winning drives. Both of those not only led the league, but are career highs. He makes the plays that need to be made late in games—and so do others, like T.J. Watt on the other side of the ball.

“They have an attitude about them, a mindset they play with so we’re not taking them lightly at all”, Mahomes said about preparing to face the Steelers. “They’re a team that’s beat a lot a good football teams and so to get to play against Big Ben is an honor for me. He’s great football player”.

Pittsburgh has gotten out to fantastically awful starts in each of their previous two postseason games. Even though they rebounded in both, the deficit that they built early proved to be too much to overcome.

This year, they have overcome a few big deficits—even once taking the lead only to lose it again, which net Roethlisberger a fourth-quarter comeback but not a game-winning drive, as a result. The first thing they need to do in this game is simply hold the line in the first half and keep it competitive late.

Once they get there, anything can happen.