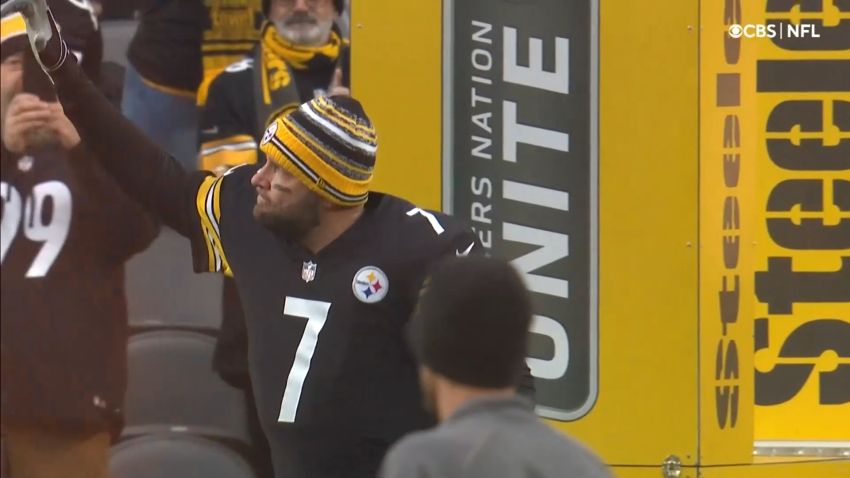 With Ben Roethlisberger’s likely final regular season home game just hours away, many Pittsburgh Steelers’ players, past and present, are showing and sharing their support for him. If you’ve been on social media today, you’ve probably already seen it. A lot of photos, a lot of memories, and plenty of kind words.

But if you’re not social media inclined or just haven’t paid much attention, I wanted to share some of those photos and messages below. More will probably be sent out throughout the night.

Here are just some of the thanks from former teammates.

Here’s Willie Parker, in part writing “thank you for the leadership, support, and friendship. My QB for my entire career…next stop Canton.”

Thank you 7‼️ Thank you for the leadership, support and friendship. My QB for my entire career. 2 Super Bowls and moments I’ll never forget. Legendary career, next stop Canton. @_BigBen7 #Steelers @steelers pic.twitter.com/yWyBhP3hAI

Max Starks remembered the time Roethlisberger wore his #78 jersey after Starks was released by the team. Roethlisberger’s closest friendships seem to come from the offensive line. Guys like Starks, Willie Colon, and Maurkice Pouncey.

I’ll never forget this moment, when I was released! @_BigBen7 advocated for me to return, forever grateful for that! #Realone pic.twitter.com/ByqD5jaDdY

James Harrison shared a kind message and photo montage on social media writing “a great honor to call you my brother.” Harrison and Roethlisberger made two iconic plays to win the Steelers their sixth Super Bowl.

That's my quarterback. 💯 It was a privilege to be your teammate and a great honor to call you my brother. #BigBen #family pic.twitter.com/Qenw2XQxuw

Here’s Brett Keisel’s tweet from a couple of days ago, a photo of the two from their playing days.

And a message from former RB Verron Haynes who said “thank you for leaving it all out there each Sunday…thank you for embodying what a true Pittsburgh Steeler is all about.”

Roethlisberger’s first TD pass at Heinz Field was complete to Haynes in a win over the Cincinnati Bengals.

WR Nate Washington was part of the Steelers’ Super Bowl XL win in 2005, a deep threat and key role player. Washington shared photos of the two playing together and the two linking up when Washington signed with the Tennessee Titans but returned to Heinz Field for a game.

Here’s a couple of posts from current players. More players will likely say and send more if and when Roethlisberger announces his retirement when the season ends. Here’s Joe Haden.

"It's been a pleasure" pic.twitter.com/DaCvDQg95q

Finally, a heartfelt message from WR JuJu Smith-Schuster, unable to play tonight due to a shoulder injury that ended his season.

“It’s been an honor to catch passes and take the field with you.”

If tonight is the last ride at home, I have to say thank you to one of the best QBs in NFL History for welcoming me into this league, helping me grow, and being there for me in every step of my career. It’s been an honor to catch passes and take the field with you.