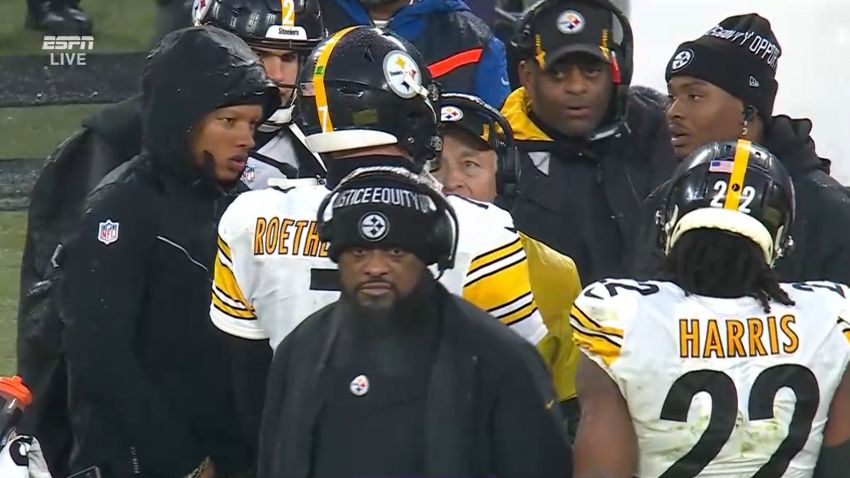 The Pittsburgh Steelers haven’t been below .500 since week five of the 2021 season, but they have certainly played a dangerous game. They have finished the season with a 9-7-1 record, and that was just barely enough to get them into the postseason with some help from the Jacksonville Jaguars, the Los Angeles Chargers, and the Las Vegas Raiders.

After winning their season opener, the Steelers dropped three games in a row before winning four in a row to get to 5-3. Things got much messier after that, tying the Detroit Lions after quarterback ben Roethlisberger got COVID-19. They lost three of their next four games, bouncing back and forth between a winning record and .500, finally responding to a blowout loss to the Kansas City Chiefs with two wins over their division rivals, both of whom are sitting at home now in large part thanks to Pittsburgh, while they’ll be moving on.

“It’s been our story all year. You guys buried us when we were 1-3”, head coach Mike Tomlin said during his post-game press conference after an ugly overtime win against the Baltimore Ravens. “We’ve got a lot of warts, but we’re here, and that’s been our position since September. I’m just appreciative of that mental fortitude being displayed by those men in that locker room”.

It was the seventh time this season out of their nine wins in which the Steelers needed a final score in the fourth quarter or overtime in order to win the game—better known as a game-winning drive. With yesterday’s game, two of them came in overtime, previously against the Seattle Seahawks.

Pittsburgh certainly won ugly, but the bottom line is they still won, and that’s the most important thing at the end of the day. And they’ve won three of their last four games of the season, which is significant given how they have closed out the season in recent years.

Their only loss during that time, unfortunately, was to the Chiefs, who will be their first-round opponent, and in the same venue of Kansas City. It goes without saying that they won’t be favored to win, but all they need to do is to keep it close. If they can manage that, there’s always a chance.

They have beaten some good teams this year. they beat the Buffalo Bills back in Week 1Tomlin proud, the AFC East Champions now for two years running and the number three seed. They more recently beat the Tennessee Titans, who are the number one seed.

Granted, those are the only two wins they recorded in the seven games they played this season against 2021 playoff teams, including the two games they lost to the AFC North champion Cincinnati Bengals. But as Tomlin said, this is a team that was counted out months ago, and they’re still going. They’ve shown fight that people didn’t think they had in them nearly all year.