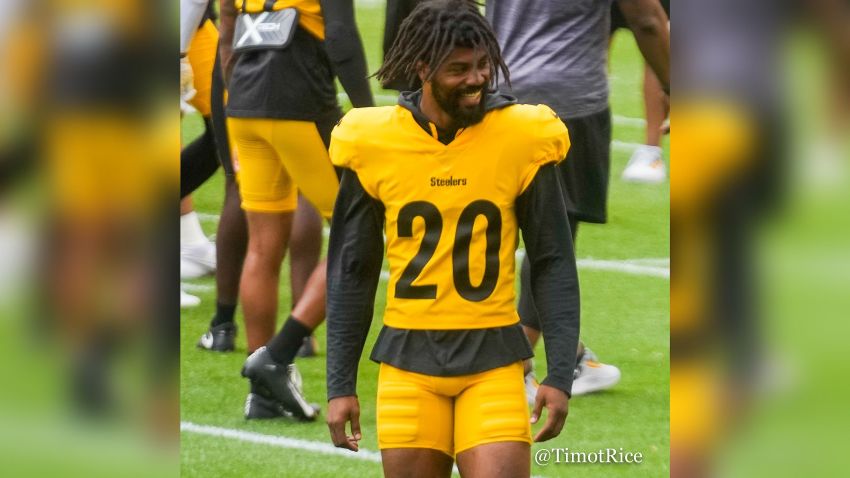 Squaring off with the Kansas City Chiefs for the second time in less than a month, the Pittsburgh Steelers and head coach Mike Tomlin are quiet familiar with the amount of talent in all three phases on Andy Reid’s team.

While the offense certainly steals all the attention and the headlines each week, Kansas City’s defense has really come on strong as of late under defensive coordinator Steve Spagnuolo, largely thanks to an improved pass rush and young linebackers taking the next step. One constant that consistently gets deserved praise though is All-Pro safety Tyrann Mathieu, who has helped transform the Chiefs’ defense in recent years due to the many hats he wears and the assignments he can handle on the back end.

Mathieu is a player that Tomlin has had an affinity for for a long time, consistently praising the All-Pro and likely future Hall of Famer. That was once again the case on Tuesday during his weekly press conference with the media, as Tomlin described just how important Mathieu is to the Chiefs’ defense.

“They got big-time versatility in their secondary, guys that are capable of doing multiple things,” Tomlin said to reporters Tuesday, according to video via Steelers.com. “The Honey Badger [Mathieu] is an awesome example of that. You can play him in the deep middle, in the deep half. You can play him down in the box and blitz him. He’s got a history at nickel; he’s well accomplished in that area.”

Though Mathieu is an All-Pro caliber safety and one that could find himself enshrined in the hallowed halls of Canton someday, Tomlin believes the Steelers’ defense has a player of similar style and versatility as Mathieu.

Tomlin mentioned Sutton by name multiple times during his weekly press conference, praising the veteran cornerback for his key interception in the end zone against Baltimore, while also praising his ability to move all over the place, allowing the Steelers to have multiple looks in the secondary to try and confuse quarterbacks.

“And we are appreciative of that versatility, but being honest with you, we were highly evident of that versatility in the draft process,” Tomlin added. “Kevin Colbert and I had an opportunity to spend an evening with him prior to his Pro Day. And it was just obvious that he was cut that way from a football intellect standpoint, that he was gonna have the ability to do those things and do ’em within the same game, within the same drive. And that’s valued.”

They’ll need to utilize Sutton’s versatile heavily on Sunday night inside Arrowhead Stadium against the Chiefs in the Wild Card matchup at 8:15 p.m. The Steelers will find themselves in a tough spot of trying to apply pressure to Patrick Mahomes throughout the game, while also trying to hold up in coverage on the back end.

There’s a good chance that the Steelers and defensive coordinator Keith Butler will have Sutton moving all over the field now that Joe Haden is back healthy and Ahkello Witherspoon is playing some terrific football down the stretch. After all, he has the versatility to wear many hats.