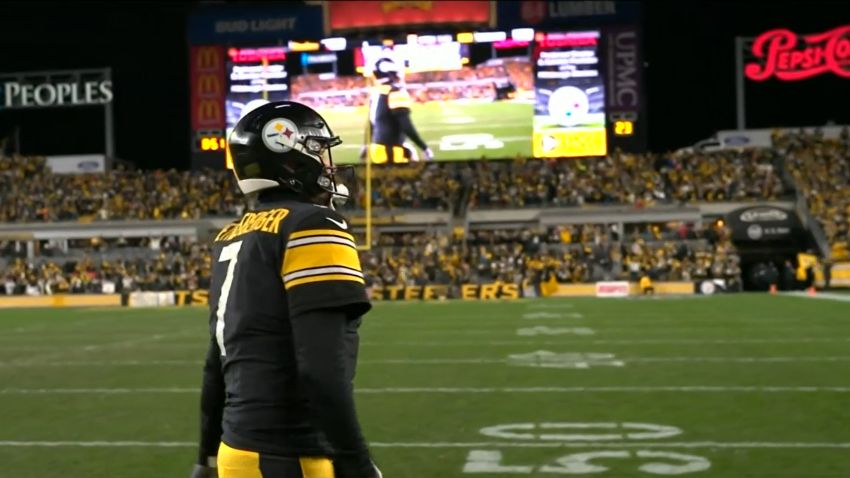 Two weeks ago was Pittsburgh Steelers quarterback Ben Roethlisberger’s final game played at Heinz Field. Most assumed that this past week would have been his final game, as they needed an improbable outcome in order to reach the postseason. Thanks to the Jacksonville Jaguars (and eventually, the Las Vegas Raiders), however, they eventually got what they needed, and they’re here to keep playing.

How many more games do they have left to play with Roethlisberger under center? Four, they’re hoping, which would take them all the way through to the Super Bowl, where they haven’t been since 2010. And as head coach Mike Tomlin said yesterday, the Steelers are looking to ride the wave of their Hall of Famer’s final run for as far as it will take them.

“Those are our intentions, certainly”, he told reporters when asked if they can continue to build upon the momentum they’ve created over the past two weeks upon the energy of helping to send Roethlisberger off into retirement in the right manner.

It all started two weeks ago as they prepared for what would be the final game of the 2021 season in Heinz Field. There was a huge build-up to what everybody quickly realized was going to be the last game the 18-year veteran plays in Pittsburgh.

Nobody shied away from it, either before the game or after the game, about how emotional it was. Roethlisberger himself earlier this week even said that that last home game took up so much of the emotion that the fact Sunday’s game could have been his last didn’t feel nearly as impactful.

Thanks to Sunday’s events, however, he still has at least one more game, about which he was thrilled when he finally learned that would be the case after midnight. Can they make it two more games? Three more games? Four more?

Each scenario is increasingly improbable, of course. They are two-possession underdogs this week to a team they just lost to by 26 points a short time ago, and which has more weapons available to them than they did in the first matchup.

But especially in the postseason, you live by the philosophy of every given Sunday. After all, they’ve been on the wrong side of such Sundays in their previous two postseason appearances, losing home games as clear favorites to the Cleveland Browns and the Jaguars.

They’re toying with the longest postseason dry spell they’ve ever seen since the NFL-AFL merger, and the odds of them being in better position next year without Roethlisberger are slim, so if they can’t ride the retirement wave into a run, it would be a long time before they’re surfing again.