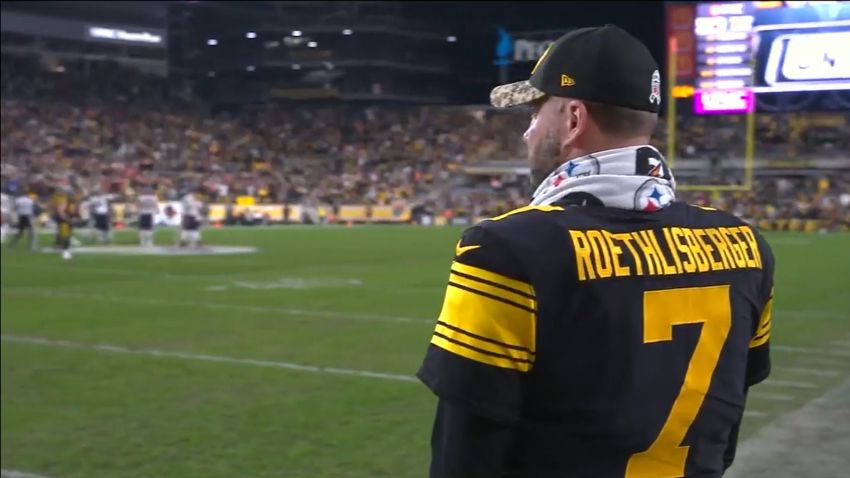 In a recent article from The Athletic’s Dan Pompei interviewing Mike Singletary, Singletary offers the stunning revelation the San Francisco 49ers and Pittsburgh Steelers had a deal in place that would’ve sent Roethlisberger to San Francisco.

Here’s the story from Pompei as told by Singletary.

“Quarterback Alex Smith was in his fifth season in Singletary’s first full year as head coach. The former first pick of the draft had been a massive disappointment, and moving on would have been best for all. But Singletary liked Smith, saw his potential, and knew he had worked with four coordinators in his first four years. He wanted to give him a chance, and he told him he would.

Then, 49ers owner John York, CEO Jed York, director of player personnel Trent Baalke and other executives called Singletary to a meeting. They had a trade in place with the Steelers for Ben Roethlisberger, who had recently been accused of sexual assault. Singletary vetoed the deal.

He felt an obligation to Smith, and he also believed he needed to stand for what he had been preaching.

“I had been telling the team I wanted a team of character,” he says. “I felt I had to be true to that. But if I could do it again, I’d do it differently.'”

The wording of the story makes it hard to discern if this came prior to or after the 2009 season. Singletary’s became the team’s permanent head coach in 2009 after serving as interim head coach the year prior. Roethlisberger was accused of sexual assault on two separate occasions, July of 2009 and March of 2010.

Pittsburgh reportedly attempted to trade Roethlisberger in 2010, so the timeframe of the 49ers’ deal may have taken place around the same time, as well. The story did not note the exact timeframe.

That’s as far as the story goes. It does not discuss what the Steelers would have gotten back in return. Perhaps it would’ve been 49ers QB Alex Smith, a former first-round pick who had struggled to that point in his career, along with presumed substantial draft picks. It’s a surprise in itself that the 49ers allowed Singletary, a year or two into being the team’s head coach, to override the deal and shut down trade talks.

Roethlisberger was either just months or a year removed from winning his second Super Bowl and though the allegations hung over his head, his price tag still likely would’ve been steep (though reporting at the time notes the Steelers had trouble finding buyers). The league ultimately suspended Roethlisberger for the first four games of the 2010 season.