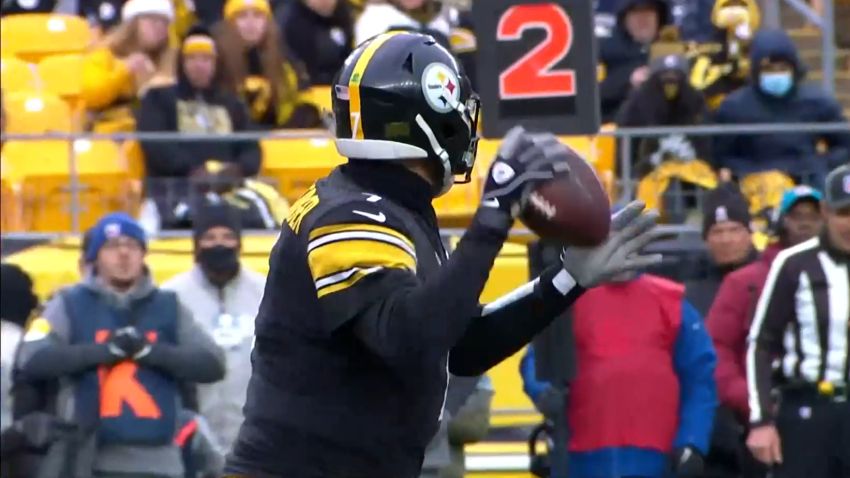 While Pittsburgh Steelers fans have been well aware of it for years, the team’s offense has a very unusual tendency to throw a high volume of short passes on possession downs that travel a distance less than that needed for a first down. In other words, they “throw short of the sticks”, and they do it way more than everyone else.

Warren Sharp of Sharp Football recently broke this down a bit, and found that the Steelers have attempted 24 passes on third and long situations this year in which the pass attempt was at or behind the line of scrimmage—only one of those passes converted. The only team that was even close was the Houston Texans with 17 attempts, and, well, you know their quarterback situation.

It’s not just third and long, of course. They throw short passes on all kinds of third downs, though the long-distance possession downs, and especially the ones that are thrown behind the line of scrimmage, are particularly baffling. Offensive coordinator Matt Canada was asked about this tendency yesterday.

“It’s a tough situation. There’s a fine balance there of trying to throw the ball down the field, but then not putting your linemen in a tough spot, which ultimately puts Seven in a tough spot”, he said, via the team. “It’s a situation that we’ve tried to balance the best we could”.

It’s not a secret that one of the reasons that they so often throw short of the sticks—even behind the line of scrimmage—is because they don’t have an offensive line that can hold up for many seven-step drops, and because quarterback Ben Roethlisberger lacks the mobility to make up for that protection. His time to release is lower than everybody else, and has been for years. But it clearly negatively affects their offense.

“We haven’t had the production at times that we would want. It’s a line we’re trying to work on”, Canada admitted. “Obviously, everybody involved, the wide outs trying to get loose, and them trying to do certain things on the line, doing all they can do as well:.

“It’s a tough situation, and you try to balance it as best you can so you can get some things down the field and create those plays. Our margin of error is fairly thin with that, but everybody’s working really hard, and I certainly appreciate where they’re at”.

Roethlisberger averaged just 2.67 yards per pass attempt on Monday against the Browns, throwing for 123 yards on 46 pass attempts. It was the lowest of his career, and only the second game in which he ever averaged under four yards per attempt. The other game was all the way back in 2008 in Washington. He threw for 50 yards on 17 attempts. They won both games, even though he threw just one touchdown combined in those games.