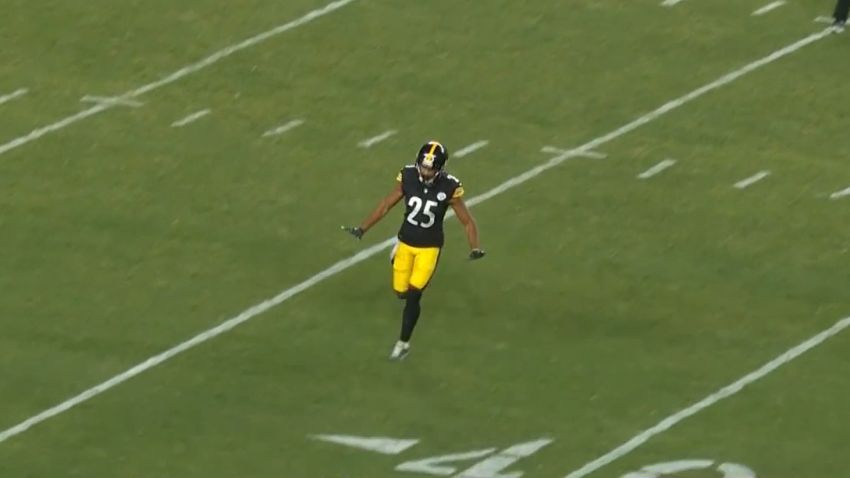 Ahkello Witherspoon logged exactly four snaps in the first nine games of the 2021 season. All of them came in one game, in Week 2 against the Las Vegas Raiders, one of which involved giving up a long go-ahead touchdown.

He was inactive as a healthy scratch after that all the way up until Week 11, once Joe Haden went down with a Lisfranc foot injury that would knock him out for several weeks. He started two games during that time, but has since been able to carve out a more regular role, logging 247 snaps over the past six games.

A fifth-year veteran and former starter, Witherspoon was first acquired just prior to the start of the regular season, the Steelers picking up the cornerback in exchange for a fifth-round pick. He was signed as insurance, but with James Pierre struggling, he moved up the depth chart, and then earned his keep. Even defensive coordinator Keith Butler is seeing more of the ‘urgency’ he’s been looking for out of him.

“He’s a big, long, tall kid, and hard to throw over. The thing that he still is learning right now is sometimes the urgency of the game”, he said of Witherspoon yesterday, speaking about ‘urgency’ quite often when referring to him, via the team’s media department. “Sometimes you got to be a little bit more urgent. I think he’s still learning that a little bit”.

The Steelers are only paying him $1.5 million for this season, but he will be hitting free agency again in March. So, too, will Haden, and Arthur Maulet as well on top of that. That’s three of their top four cornerbacks right now, outside of Cameron Sutton, who is only under contract through 2022.

With Maulet on the Reserve/COVID-19 List, it remains to be seen what the Steelers’ plans are in the secondary this week. Will Sutton move into the slot? If so, it would leave Witherspoon playing all of the nickel snaps on the outside, though they may not run much in sub-packages against a run-oriented Cleveland Browns team.

It will be interesting to see how interested the team may be in re-signing Witherspoon this offseason. They may not have much choice but to try with Haden possibly on his way out the door. They’ll likely want to bring back Maulet as well, but clearly they also need reinforcements.