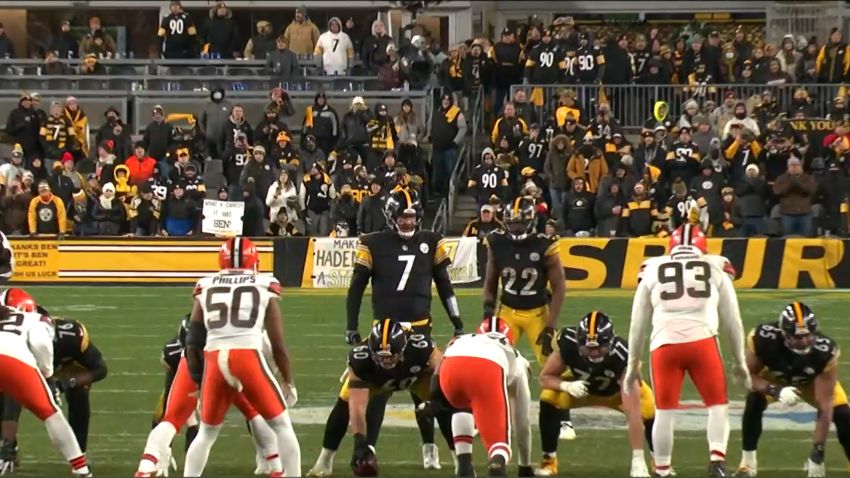 Pittsburgh Steelers rookie running back Najee Harris has rushed for 93 or more yards in three of his last four games. Those would be games 13 through 16 of his rookie season. He has 79 rushing attempts during that span for 393 yards, averaging 4.97 yards per carry, with two rushing touchdowns, plus a receiving touchdown.

That’s not what you expect from somebody who is used to playing shorter seasons. In fact, head coach Mike Tomlin has a tendency to scale back the workload for some rookie starters in the past as the season progresses in the hopes of maintaining them. Harris’ workload has fluctuated a bit here and there, though not in terms of snaps, but it’s clear that the ‘rookie wall’ hasn’t been a problem.

“I think the whole team’s noticed”, center J.C. Hassenauer told reporters yesterday about how Harris has continued to play fresh and physical deep into the season—even as the entire league experiences a Week 18 for the first time together.

“That goes to his maturity. A lot of rookies, they can tend to hit a wall, they can kind of phase out”, the second-year center said. “But I think he’s broken through that wall. He’s done amazing. He’s improved every game, and I think that just shows his work ethic and the amount of dedication that he has”.

That’s not easy to do, especially at a position that is as physical as running back. And the Steelers have really done him no favors in that regard. He has by far the most playing time of any running back in the NFL this season. He has more touches of the football than anybody this season, now up to 366. And he’s second in rushing attempts behind only the Colts’ Jonathan Taylor (amusingly Derrick Henry is still tied for sixth).

As you know, he is also coming off of a career game, rushing for 188 yards on Monday against the Cleveland Browns, which is the most by a Steelers rookie in franchise history. It was just his third 100-yard rushing game on the season, but he now has 1,172 rushing yards, another franchise rookie record.

He’s one touchdown from tying the record for the most all-purpose touchdowns by a rookie in team history as well, and as I’ll probably be talking about later this week and certainly after the final game, he needs literally one yard to set a new team record for the most all-purpose yards by a rookie. Antwaan Randle El had 1,613 yards, mostly in returns. Harris has 1,612 yards.

None of this would have been possible if he didn’t come into the league already preparing like a professional. He has talked a number of times this season about how much he puts into taking care of his body. He seems convinced that it will grant him a longer shelf life than the average running back. I suppose we can check back in with him on that in 2031, but I certainly wouldn’t be mad if he’s right.