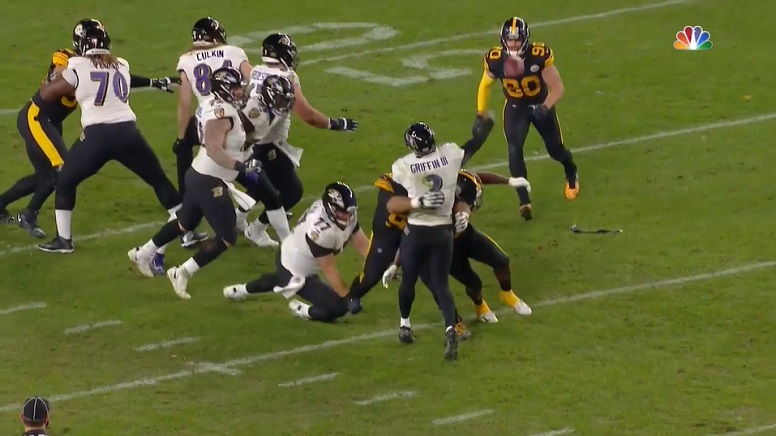 The Pittsburgh Steelers and the Baltimore Ravens have co-authored one of the great rivalries in American sports during this century. Particularly in the mid- to late-2000s era, these two teams just smacked each other around.

There’s a reason that they were routinely slotted into primetime games. It was appointment viewing to see the Ravens and Steelers bash one another, with one of them eventually coming out on top—most likely by a field goal.

It’s fitting that quarterback Ben Roethlisberger’s game will come against the Ravens, then, a team that has so defined his career, including a monumental victory over them during the 2008 Super Bowl run. The iconic ‘helmet catch’ game during the 2010 postseason wasn’t bad, either. But Ravens-Steelers games are most remembered for their moments and their physicality.

“The game has changed because of this game”, Steelers defensive lineman Cameron Heyward said of the Steelers-Ravens rivalry. “Whether it’s the Hines Ward blocks, the hard hitting, the Ryan Clark hits. And then you look at the splash plays. Troy Polamalu. Lawrence Timmons. The Antonio Brown catch on the head. Them breaking Ben’s nose”.

“My first game, we played them there”, he went on. “Ngata clotheslined Rashard Mendenhall, and I was like, ‘damn, this is way different’. There’s countless guys that have stood out. And you will be remembered for the games you play versus Baltimore”.

This year, the Ravens and the Steelers are competing against the backdrop of the slimmest of hopes of making the postseason. Both of them need to win the game, and at least for the Indianapolis Colts to lose to the Jacksonville Jaguars, who are favored to have the first overall pick in the 2022 NFL Draft. Baltimore needs even more help than that, more unrealistic than two teams not tying.

The Ravens are on a five-game losing streak, in fact, their first of John Harbaugh’s career, although they had a nice, long, nine-game losing streak the year before that in 2007 during Brian Billick’s final season—even if they ended the season with a meaningless win over a Steelers team that was resting starters.

Tomlin has a 17-15 edge right now in the head-to-head versus Harbaugh as head coach, and that’s thanks to the fact that Pittsburgh has won the past three matchups in a row, including earlier this season. Can they get Roethlisberger one more win in Baltimore—a place that has been very tough to come out of with a victory?