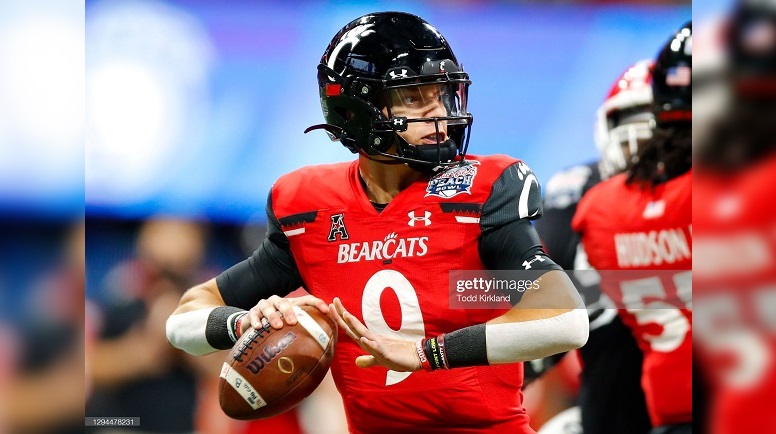 With the news that Pittsburgh Steelers’ quarterback Ben Roethlisberger is likely riding off into the sunset at the conclusion of the 2021 NFL season, all the attention now turns to the Steelers trying to find the next guy after Big Ben.

Though it was always a real possibility that Roethlisberger was going to hang up the cleats after his 18th season in the NFL, the decision comes ahead of an NFL Draft class at quarterback that is largely average, save for one or two names.

Sitting at 7-7-1 on the season with two games to play, the Steelers sit at No. 15 in the draft order, according to tankathon.com, putting them in a tough spot to try and address the quarterback position right away.

A veteran bridge quarterback is very likely the move for the Steelers, who will still have Mason Rudolph under contract for the 2022 season. Pittsburgh could add a name like Jacoby Brissett, Tyrod Taylor, Teddy Bridgewater, or Marcus Mariota to the roster and let them compete with Rudolph for the starting job to open the 2022 season, taking a quarterback in the first round out of the equation for at least the 2022 NFL Draft.

But, according to Bleacher Report’s Kristopher Knox, the biggest question the Steelers are facing heading into the 2022 NFL Draft as of right now is: Can the Steelers afford to pass on a quarterback in the first round?

Names like Pitt’s Kenny Pickett, North Carolina’s Sam Howell, Cincinnati’s Desmond Ridder and Ole Miss’s Matt Corral come to mind in the middle of the first round, though they will likely get the positional boost towards the top of the draft simply because of being quarterbacks.

“The time has finally come for Pittsburgh to draft Big Ben’s replacement early. While teams like Detroit and New Orleans have serviceable if not sensational stopgap options in place, the Steelers do not,” Knox writes. “Mason Rudolph (career rating of 80.9) has not shown enough to be a reliable starter in Pittsburgh. Dwayne Haskins (74.4 rating) has shown even less. But Pittsburgh might find its next franchise quarterback in a prospect like Ridder or Pickett.

“The Steelers will need to strike early because they don’t have the luxury of waiting on a prospect who can develop over the next couple of seasons.”

This type of thinking, especially with the amount of holes the Steelers will have on the 53-man roster following an up-and-down 2021 NFL season, is how a franchise sets its rebuild back even further.

Pittsburgh will certainly have a major hole at quarterback moving forward, barring the unexpected acquisition of one Aaron Rodgers or Russell Wilson, but to state that the Steelers “need to strike early” on a QB right away following the retirement of Roethlisberger is a rough take.

Would it be ideal to have that “next guy” in place to make for a smooth transition? Absolutely.

But the fact of the matter remains that while being in win-now mode, the Steelers cost themselves considerable depth by trading away mid-to-late draft over the past few seasons, putting themselves in a bind this season in key positions.

Passing on a quarterback in the first round in the 2022 NFL Draft won’t be the end of the world for the Steelers, at least not with this draft class. Rebuilding in the trenches, adding key depth at other positions like inside linebacker and cornerback, and pairing all that with a bridge quarterback for the 2022 season feels like the right move for the Steelers.