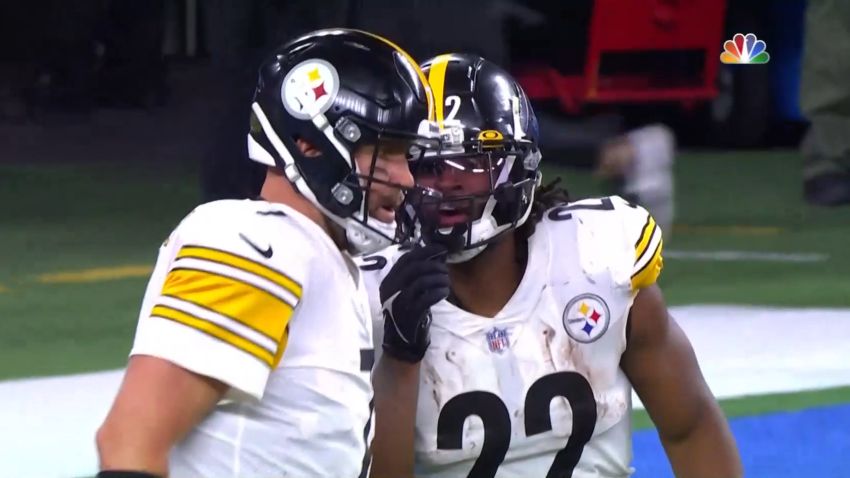 Ben Roethlisberger has been the face of the Pittsburgh Steelers franchise for nearly his entire year. In 2022, he won’t be. He’ll be sitting at home or on a golf course or hunting with Brett Keisel. He won’t be a Steeler. And someone else will have to be the “face.”

That guy might be Najee Harris. As Pittsburgh returns to its roots as a ground-and-pound type of offense, Harris will again be the team’s bellcow. Regardless of how the league views him, Ben Roethlisberger knows Harris’ future is bright. He joined DVE Friday morning to talk about Harris’ season and his outlook.

“Special, special player,” he said in an interview you can (and should) listen to here. “He doesn’t say a lot and maybe that’ll change as he gets more comfortable…Najee, he’s a heck of a football player.”

Roethlisberger noted that Harris is a man of few works, sort of similar to Troy Polamalu, calling the two introverts who chose their words carefully. Harris has been a hit with the media, with the personality to be a fan favorite throughout his NFL career.

On the field, Harris has played well. He rushed for a career-high 188 yards in Monday night’s win over the Browns. Harris’ yards have been well-earned this year behind a rebuilding and, at times, patchwork offensive line. He’s shown the ability to succeed in all three phases of the game: Running, catching, and blocking. It’ll go down as the most productive season by a rookie running back in team history.

Roethlisberger praised the young cast of characters around him, fellow rookies in Pat Freiermuth and Dan Moore Jr., but said Harris is the guy this offense, and this team, will revolve around.

“Najee is gonna be the ring leader of that group in terms of his play. He wants to do great. Every play, he wants to run for a touchdown. He wants every play to be a home run. And as he grows and learns, he’s gonna understand that not every play is going to be a home run and he’s gotta kind of pick and choose his battles. I’ve seen him grow and do that and learn from that. It’s been fun to watch his growth.”

After his record-setting day Monday, Harris said he focused on taking what the defense, and his blocks, gave him, getting downhill more often as opposed to trying to bounce runs and find the big play. Ultimately, that mentality led to him having his two longest runs of the season, 32 and 37 yards, the latter going for the game-sealing touchdown. When you don’t search out big plays, they tend to find you instead.

Whoever Pittsburgh starts at QB next year is unlikely to be their franchise, long-term guy. It’ll be a veteran, whether that be Mason Rudolph or someone the team signs or trades for. It’ll change how the offense works philosophically, a departure of the last 12+ years under Roethlisberger where the offense ran through him. Instead, it’ll revert back to those first couple of Roethlisberger years. Maybe not in formation, you won’t see all the Strong/Weak I that litter the ’04 highlights, but an overall idea around running the ball to set up the pass as opposed to the other way around.