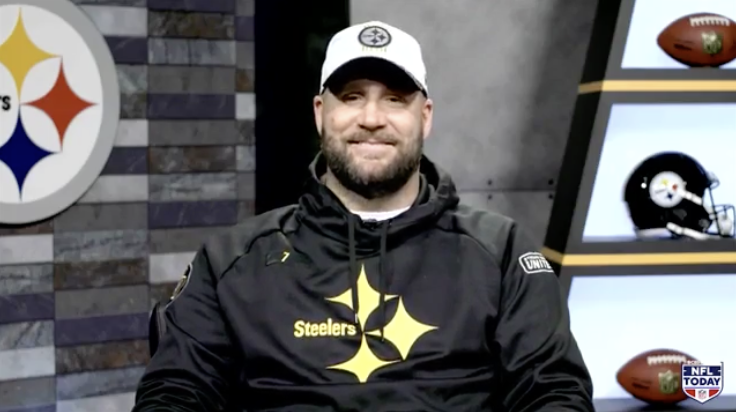 This is it; we’ve reached the end of an era.

Monday night’s win over the Cleveland Browns and the subsequent lap around the field saying goodbye to the fans at Heinz Field certainly felt like the end of the Ben Roethlisberger era, but fortunately for Steelers fans, they get one more chance to watch No. 7 in AFC North football, this time against the rival Baltimore Ravens, a matchup Roethlisberger has made a lot of memories in.

Though the Steelers are still technically alive in the AFC playoff picture, Pittsburgh needs a lot to go right on Sunday, including the Jacksonville Jaguars upsetting the Indianapolis Colts. Ahead of Sunday’s matchup between the Ravens and Steelers in Baltimore — the location of Roethlisberger’s NFL debut in 2004 in relief of the injured Tommy Maddox — Roethlisberger sat down with Steelers’ Hall of Fame coach and current CBS Sports analyst Bill Cowher to reminisce on some memories from the future Hall of Famer’s career, from the likes of his game-saving tackle against the Colts, to his NFL debut in Baltimore, as well as discussing the emotional sendoff at Heinz Field Monday.

If this is it for Roethlisberger’s career, especially if the Colts beat the Jaguars, Roethlisberger hopes that fans remember him fondly as a player who left it all on the line and bled black and gold for 18 years.

"Hey Ben, I have to ask you – if the Indianapolis Colts beat the Jacksonville Jaguars, which eliminates you guys from the playoffs, is this your last game in the NFL?" – @CowherCBS

Roethlisberger was the perfect fit for the Steelers, coming from a small Ohio town and a family that was blue-collar. His play on the field matched exactly what Pittsburgh exemplified as a city: tough, hard working, never-say-die attitude. He was Pittsburgh before he even knew it.

Based on the reaction from fans, teammates, coaches and the NFL as a whole certainly shows how much Roethlisberger has been appreciated throughout his career.

Still emotional following Monday’s display of affection from the only fans he’s known his entire NFL career, Roethlisberger struggled to come up with the right words to say to Cowher, who asked what Monday night meant to him.

Though his performance on the field certainly wasn’t what he hoped to go out with, the Steelers got the win and he received his flowers. That meant a great deal to the future Hall of Famer.

What’s not hard for the fans and the media that has followed Roethlisberger all these years is to find the appreciation for all he’s done in his career. He certainly gave it his all.