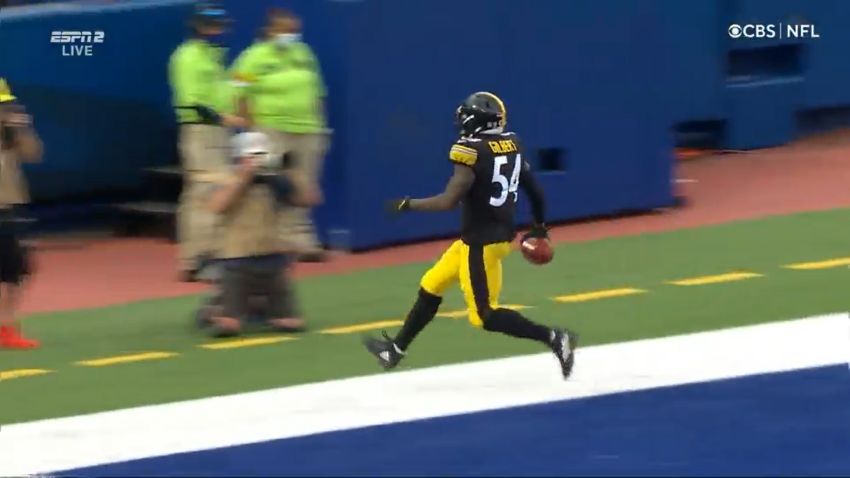 Reasoning: With both Devin Bush and Joe Schobert on the Reserve/COVID-19 List as of the time of this writing, it is highly likely Ulysees Gilbert III will see defensive playing time tomorrow, and may possibly start and play the bulk of the snaps as well, which would be the biggest opportunity of his career.

Even if the Steelers’ inside linebacker play this season has left something to be desired when their starters have been healthy, it suffices to say that they could be in a much better position than they are now. They do have Robert Spillane available, who will obviously have to start, and has started several games in the past. The other starting position, however, is unknown.

Rookie Buddy Johnson was ruled out due to injury, and the only other available linebackers from the 53-man roster are Ulysees Gilbert III, the fourth-year veteran, and Marcus Allen, who is in his second season at the position after converting from safety.

Both Gilbert and Allen are special teamers, though Allen in recent weeks has seen some action as a dime defender due to injuries. That doesn’t mean he would start over Gilbert, however, but it’s possible that he will.

Most likely, both of them will have to play, perhaps with Gilbert in base and Allen in nickel, or at least dime packages. Even though, however, it remains to be seen how much sub-package football will even be played against a Nick Chubb-led Cleveland Browns offense.

A former sixth-round draft pick out of Akron, Gilbert has battled injuries throughout his career, which has played a role in his getting lost within the depth chart. He had a rough preseason this year, however, yet was kept along with five other inside linebackers. He played nine snaps on defense last week, his first defensive action all season, out of 42 career defensive snaps—and 484 special teams snaps.