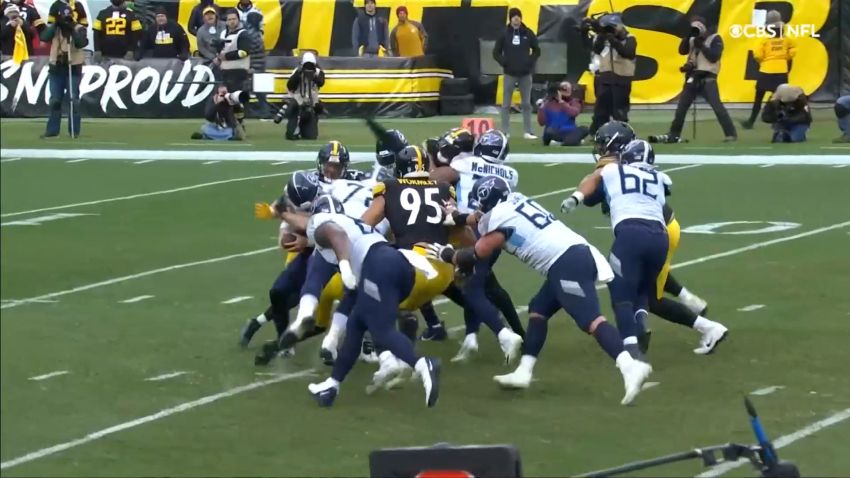 Not everybody was entirely sold on T.J. Watt when he was first drafted, unsure of whether or not he would actually be able to live up to his bloodlines, considering his limited college experience. I count myself among them, to my great shame, but anybody who isn’t a believer by now is simply a fool.

The man only continues to get better and better each year, already a Pro Bowler by his second season and a first-team All-Pro by year three. Many would argue that he should already have at least one Defensive Player of the Year Award under his belt, and is likely the frontrunner this year.

Watt permanently put his name in the Pittsburgh Steelers’ record books today, however, having already come into the game with a share of the team’s all-time single-season sack record with 16, which he owns along with James Harrison, who set the record in 2008.

He now owns the team’s single-season sack record outright, and he still has plenty more season to continue to add to it and push it outside of reachability. In fact, he has his sights on the NFL’s all-time single-season sack record, held by Michael Strahan, at 22.5. That figure remains a realistic one with three more games to go in the regular season.

Watt picked up sack number 17 on the year in the third quarter, although he seemed to split a sack earlier in the game with Cameron Heyward. It remains to be seen whether or not the official statistical record will be changed to reflect that.

👑 Pittsburgh’s NEW SACK KING 👑@_TJWatt has now recorded the most sacks in a single season in #SteelersHistory.

Mike Merriweather recorded 15 sacks for the Steelers in 1985, in just the fourth season since sacks became an official statistic, and that stood as the team record for more than two decades before Harrison hit 16. Harrison’s record stood another 15 years before Watt surpassed it in his fifth season.

Watt, of course, also hit 15 sacks last season, and 14.5 sacks the year before that, so he owned three of the team’s five highest sack totals in franchise history over the span of the last three years. Kevin Greene and Keith Willis are the only other players to hit 14 in team history. Jason Gildon and LaMarr Woodley both reached 13.5, and Chad Brown and Watt (again) reached 13, those totals making up the top 10 (with a tie for 10th) in Steelers history.

The Steelers have three sacks on the day up to this point, with the other belonging to Chris Wormley, who now has six on the season, making up the vast majority of the number of sacks that he has on his career. In fact, he ranks third on the team after Watt and Heyward, the latter now with 7.5 (pending a revision of his sack in this game).