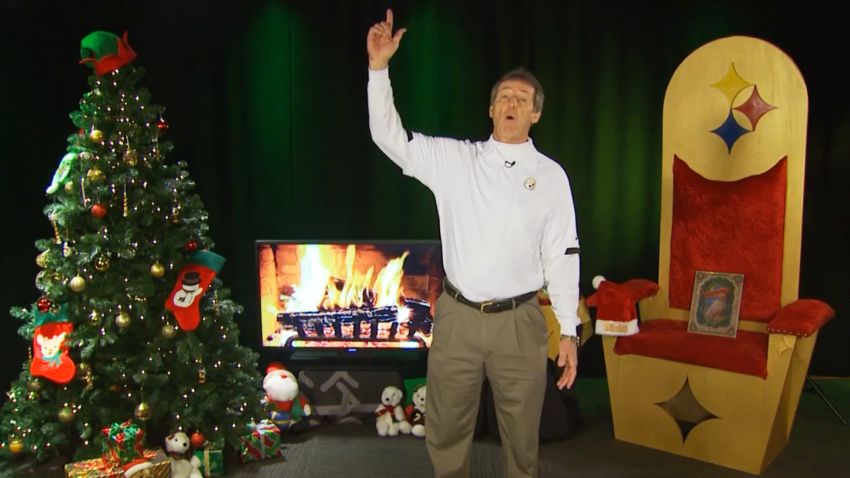 Anybody who followed the Pittsburgh Steelers during the 2000s inevitably has very fond memories of the team’s former defensive coordinator, Dick LeBeau, who is rightfully revered as one of the most important defensive minds in the modern era of football.

Not only was he a superlative and innovative football coach, however, he is also universally regarded as an equally great man. Perhaps nothing better personified that than LeBeau’s annual reading of The Night Before Christmas, which he would read to his players during the holiday season.

It’s a tradition that remains alive to this day, as former Steelers safety Ryan Clark confirmed earlier this week during an appearance on The Cook and Poni Show on 93.7 The Fan. “Last Christmas, a few days before Christmas, it was probably about 15 to 20 adult, grown men, and their families, on a Zoom call, listening to Coach LeBeau do The Night Before Christmas”, he said.

That was his response to a question about whether or not the players really looked forward to that, or if they were simply humoring an old man and authority figure that they greatly respected. It was firmly the former, and remains so to this day. I’m not going to try to speculate which players may be amongst that 15-20, but I’m sure you can guess a few.

“He’s still got it. And the dope part about it is, he does this whole setup before he even starts to do it”, Clark said of LeBeau’s reading of the classic Christmas tale, which was penned now nearly two centuries ago by Clement Clarke Moore. “He’s talking about sitting in front of the fireplace. This whole setup before he even starts, and you’re just getting excited”.

And of course, it goes far beyond the players. LeBeau is a family man. His players are family men. Today, they share the story with their children and their families, who listen to LeBeau recite the poem along with them.

This isn’t really a football story. It’s not going to help you better prepare yourself for Sunday’s game. It doesn’t even tell you anything about anybody currently involved with the team—short of perhaps maybe Ben Roethlisberger or Cameron Heyward.

But it does tell you something about the nature of the Steelers organization, that this ever became a tradition in the first place. Something that you can experience yourself right here. The Steelers shared a video that they produced of him reciting the poem, and it’s still up on their site today. Have a look and enjoy, and Merry Christmas and Happy Holidays from myself and Steelers Depot.