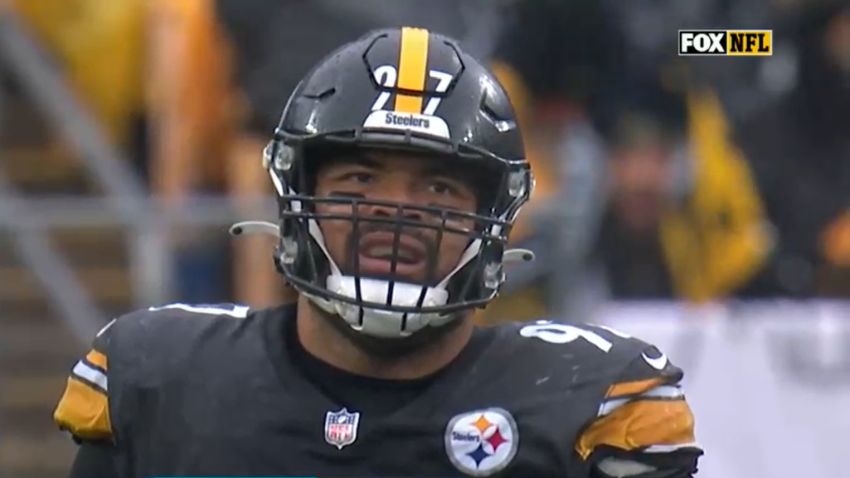 The Pittsburgh Steelers’ depleted defense may be one man shorter this weekend when they host the Baltimore Ravens. And the man they could now be without is a critical one. According to the Pittsburgh Post Gazette’s Gerry Dulac, Cam Heyward did not practice Friday due to an undisclosed illness, one that could keep him out of this weekend’s game.

“Defensive end Cam Heyward was not at the Steelers practice facility on Friday because of an undisclosed illness and the team is fearful he might not be able to play against the Baltimore Ravens, per sources.”

It’s unclear what kind of illness Heyward is battling and if it is COVID-related. If it was COVID, that information should be made known within a few hours. The Steelers would need to place him on the Reserve/COVID list. Three players this week have already been added to the list: OLB T.J. Watt, ILB Robert Spillane, and OL Joe Haeg. But it’s possible Heyward is dealing with some other sort of illness. Baltimore Ravens’ QB Lamar Jackson missed his Week 11 game due to a non-COVID related illness. Zach Banner has also missed practice this week due to illness.

If the illness is bad enough, or if Heyward does end up testing positive for COVID, he’ll have a race to get cleared next week for Week 14’s Thursday night contest against the Minnesota Vikings. The other Steelers on the COVID list will be in a similar situation. It often takes ten days for players to pass through COVID protocol.

The Ravens come in with one of the NFL’s top rushing offenses. Pittsburgh has the 31st-ranked run defense. If they are without T.J. Watt, Joe Haden, and Heyward, it’s hard to see the Steelers slowing down the Ravens’ rushing attack.

Heyward has been one of the top two defenders on this Steelers’ team this season and has arguably had the best season of his impressive career. In 11 starts, he’s recorded 57 tackles and 5.5 sacks, both numbers surpassing what he did across 15 games last season.

We’ll add more to this story as it develops.