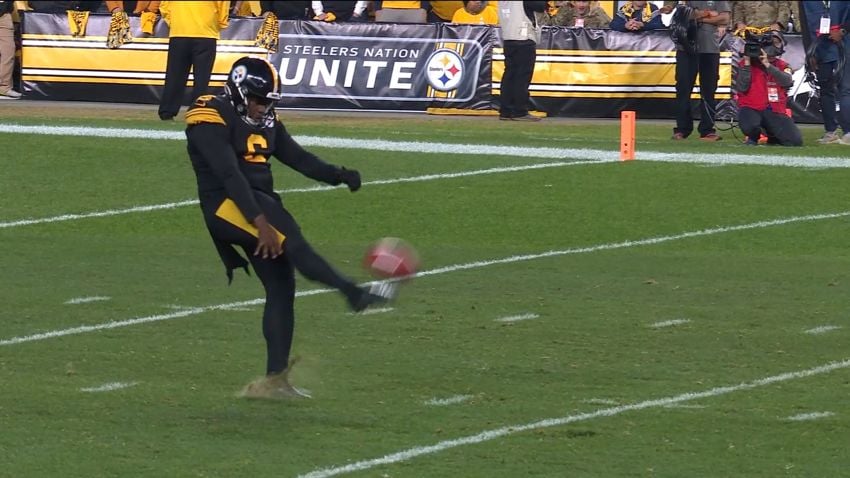 Pittsburgh Steelers punter Pressley Harvin III has been ruled out of tomorrow’s game against the Kansas City Chiefs due to personal reasons, the team announced today.

#Steelers P Pressley Harvin III (personal reasons) has been downgraded to OUT for Sunday’s game vs the #Chiefs. He will not make the trip to Kansas City.

Harvin is dealing with the death of his father, who passed away Christmas morning.

It’s unclear who will be the Steelers punter tomorrow. They do not have one on the roster or the practice squad. The team signed rookie Drue Chrisman a few weeks ago but released him. It’s unlikely they will be able to sign and activate someone in time for today’s roster deadline. That means the team will also be without their starting holder. Ben Roethlisberger is the backup holder, while Cam Sutton saw emergency work there earlier in the season.

It’s likely kicker Chris Boswell will be called on to punt, along with the team being aggressive on fourth downs. Boswell had 15 career punts in college at Rice, averaging just over 40 yards per try. So he has a little experience there. Ben Roethlisberger also has hit a couple pooch punts over his career. His last punt came in 2018.