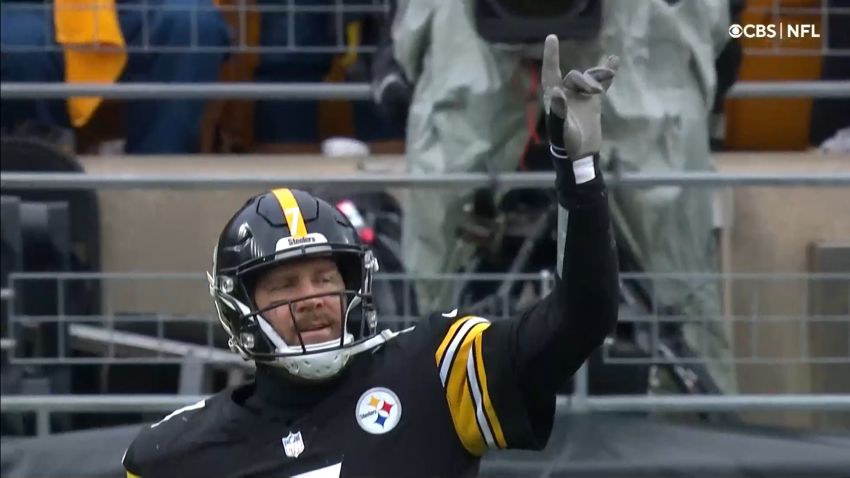 Sunday’s performance against the Tennessee Titans for Pittsburgh Steelers’ quarterback Ben Roethlisberger certainly wasn’t pretty, and happened to go against the normal display of strong play the veteran gunslinger had shown in recent weeks.

After lighting up the Baltimore Ravens in the fourth quarter in Week 13 and turning in a performance for the ages in the second half of the Week 14 loss to the Minnesota Vikings, Roethlisberger came crashing back to earth in Week 15 against the Titans at Heinz Field, on the same day he moved into fifth-place all-time in passing yards in league history, passing fellow 2004 NFL Draft class member Phillip Rivers.

It wasn’t as though Sunday’s performance was a downright debacle from Roethlisberger; it just wasn’t very good, which has the veteran quarterback and future first ballot Hall of Famer remaining at No. 23 overall in NFL.com’s Week 16 QB Index, which is put together by analyst Gregg Rosenthal.

The placement at No. 23 for a second straight week stops a steady climb back up the index for Roethlisberger, who had been pretty good as of late prior to the showing agains the Titans. Rosenthal writes that he did see one concerning thing from Roethlisberger in the Week 15 matchup with the Titans, one that might not be able to be fixed anytime soon behind an offensive line that is struggling to protect him.

“Roethlisberger gets rid of the ball so fast out of habit by now that he sometimes kills plays before they start,” Rosenthal writes. “Even when his protection holds up, he has a tendency to take the checkdown before waiting to find out if the play develops. The Steelers’ offense had one touchdown drive against the Titans; otherwise, they kicked field goals after being handed turnovers in Tennessee territory.”

Roethlisberger has taken some serious shots in recent weeks, which is not good for the 39-year-old’s body. Is it fair to wonder if Roethlisberger is a bit gun-shy at this point in the season, knowing the amount and types of hits he’s taken in the pocket? Absolutely.

The offensive line just simply isn’t good enough, and aside from Diontae Johnson, the Steelers’ receiving corps just isn’t making enough plays offensively to help drive the offense, nor are they creating enough separation to give Roethlisberger a chance to make a play.

This isn’t a mea culpa from me for Roethlisberger — he certainly has his warts. But it’s reasonable to understand he is so limited behind an offensive line that flat-out can’t protect him, as the tape shows time and time again. It’s truly remarkable this team has won seven games to date, and that Roethlisberger has lasted this long into the season.