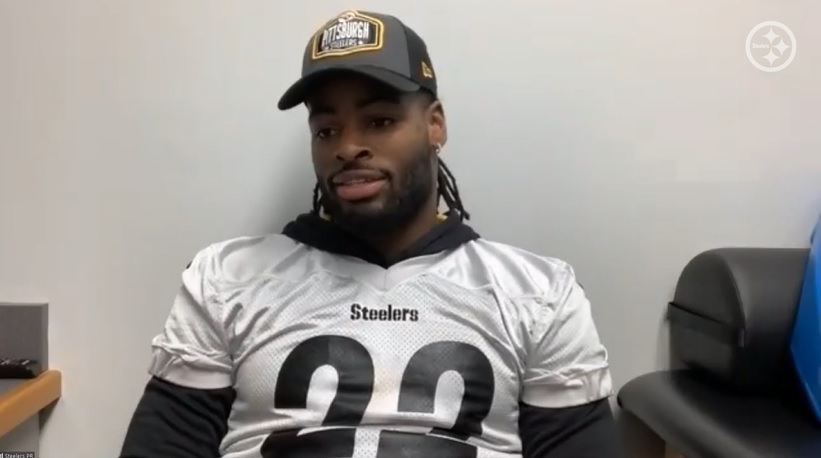 Najee Harris has fulfilled expectations in Year 1 after being selected in the first round. On paper, his stats don’t look particularly appealing but he’s dealing with an inexperienced, subpar offensive line.

Off the field, Harris has received praise from peers. His maturity as a rookie is partially what makes fans and others so excited for his future. He’s never getting caught up in the moment or getting an unnecessary unsportsmanlike conduct penalty. On Friday, Harris talked about just what has kept him humble on the field.

”I had gotten into a fight in a game in high school. I had to beat this dude, I had to beat his a**,” Harris said virtually on Friday via the team’s website. “Obviously I learned from it [though]. It affected all of us. I was out for the next game. So that was a learning point.”

Harris’ calm demeanor is one of his most impressive traits. He got into just what led to the fight.

”He did a late hit after the play and he was doing it all game. I guess I reached a point where I got tired of it and I just kind of reacted and got in a fight with him.”

From a viewer perspective, Harris is never seen trash-talking. When asked if he does trash talk, he simply responded with “No” before proceeding to tell about the fight.

In other words, him beating the opponent’s a** and getting suspended is the reason for him not talking trash nowadays. The topic, of course, came up regarding the Chase Claypool situation and his few uncalled-for penalties as of late.

“Yes,” Harris said on if he tries calming down guys in said situations. “It’s part of the sport to talk, but it’s a difference between talking mess and then going overboard and drawing a penalty and affecting the whole team. So I’ll talk to some of the guys [to let them know] it could be a penalty and affect all of us. It’s cool to talk, but just know there’s a limit.”

Despite being a rookie, it’s clear Harris has already taken on a leadership role with the team. With a bunch of young guys on the offense, his leadership has been necessary. Roethlisberger’s potential retirement after the season would only catapult Harris into more of a leadership role.

Regardless of how you may feel about selecting a running back in the first round, Harris has lived up to all expectations in Pittsburgh. For the meantime, be thankful to have a talented player and human like him.