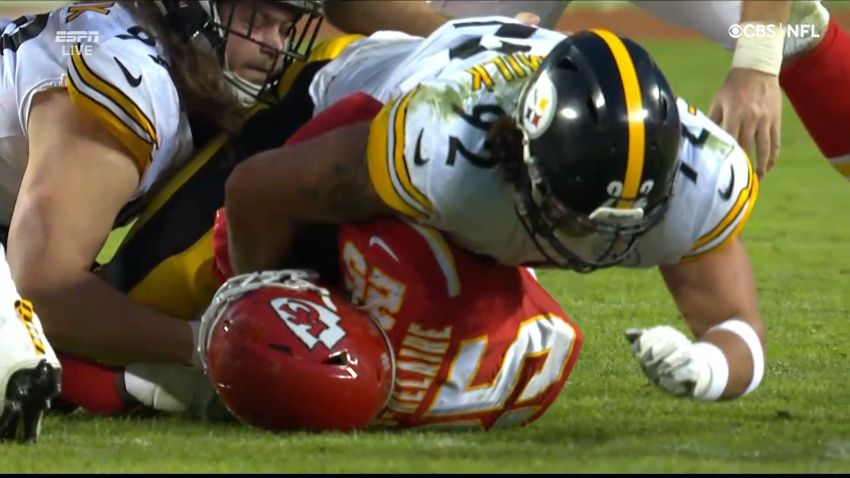 Even without Stephon Tuitt all season, the Steelers have used nine different defensive linemen, from Cameron Heyward and Chris Wormley to Henry Mondeaux and Daniel Archibong, with Montravius Adams hopping aboard the moving train as an in-season acquisition.

Perhaps the most interesting story of the year, though, has been the gradual development of rookie fifth-round draft pick Isaiahh Loudermilk, who was universally labeled the Steelers’ worst draft pick as soon as the pick was made. While far from a finished product, however, he has been showing indications of growth, particularly in recent weeks.

In discussing the many young players the Steelers have had to call upon on defense this season, particularly along the defensive line, head coach Mike Tomlin did single out Loudermilk for his play, who made his first career start Sunday because Chris Wormley—who has started all year in Tuitt’s spot—was out injured.

“When you’re talking about young players that you’ve mentioned, it’s less about the opponent and it’s more about their growth from game to game and the things that they can do to get better. You’d better focus on the you”, he said.

“They’re just writing the beginnings of their professional football story. For example, last week was Loudermilk’s first start and he had some quality experiences in-game”, Tomlin continued. “How does he build upon that? The nameless gray faces that we play are secondary as it relates to some of the things that you suggest regarding young people and establishing themselves as consistent varsity players”.

While Tomlin did not specifically mention Wormley by name, he seemed to lump the veteran in with a group of players whom he expected has a chance to return to action next week. Presumably, he would move back into the starting lineup over Loudermilk, but perhaps the rookie would get more playing time.

He logged a career-high 35 snaps on Sunday, which translated into a career-high six tackles, two of them being stops. He has now played 229 total snaps during the 2021 season, which includes 21 total tackles, one sack, and two batted passes.

Loudermilk is the third in a string of arguably successful late-round draft picks along the defensive line, starting with Isaiah Buggs in the sixth round in 2019 and also including Carlos Davis in the seventh round last year. Davis, however, has missed the majority of the season due to injury, and has only recently gotten back. Buggs has missed the past several games himself.