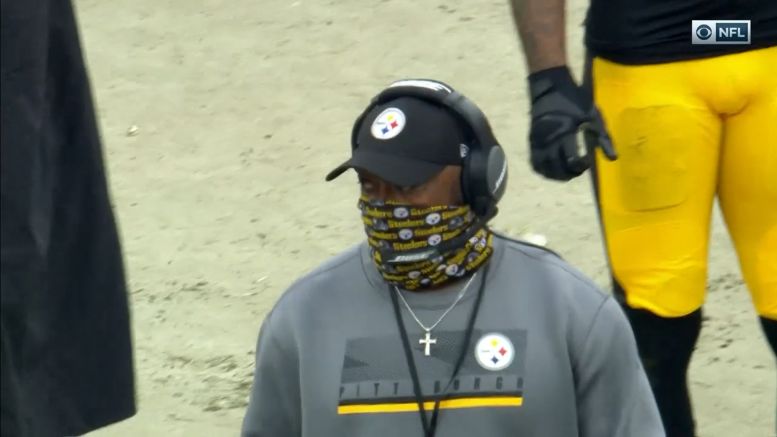 Hundreds of players over the course of the past week have tested positive for COVID-19—the dominant commonality among them being vaccinated players susceptible to the omicron variant. In a large percentage of cases, these transmissions are likely to have gone player-to-player within a single organization, with about a quarter of the league experiencing a significant number of positive tests within a short period of time.

One of the teams in the midst of an outbreak as we speak is the Kansas City Chiefs, who as of this writing have 13 players on their Reserve/COVID-19 List, including several starters, most notable Pro Bowlers, tight end Travis Kelce and wide receiver Tyreek Hill.

The Pittsburgh Steelers, who face the Chiefs this upcoming week, have dealt with three positive cases in the past 10 days, though two of them were among practice squad players. The one player from the 53-man roster to have tested positive during this time was defensive tackle Montravius Adams, who missed the last game, but will likely be available this week.

“I’ve been extremely pleased with our attitude and our approach in terms of dealing with COVID”, head coach Mike Tomlin told reporters yesterday during his pre-game press conference. “Our agenda is to make it a winning edge for us. We need to deal with it relatively well, meaning we need to deal with it better than others, and I like the mindset and the actions of our group in that regard”.

With the rising surge of the omicron variant, we are seeing positive cases scale upward at incredible levels, not just around the NFL, but throughout the country. The good news so far is that, while it appears to be significantly more infectious, it is also (perhaps significantly) less dangerous.

In NFL terms, of course, the primary story is availability. The large majority of players who have recently tested positive, particularly from the omicron variant, have not even dealt with symptoms, or only the most minor of symptoms.

The Steelers have had their share of COVID cases, already, however. Ben Roethlisberger, Minkah Fitzpatrick, Ray-Ray McCloud, T.J. Watt, Joe Haeg, Robert Spillane, and Adams have all tested positive for the 53-man roster, with only Watt able to come back without missing a game. Two practice squad players—Linden Stephens and now Malcolm Pridgeon—have tested positive. Adams and Pridgeon are their only active cases.

For obvious reasons, playing a team that has several starters absent in the game because they are in the COVID-19 protocols, while you have no such absences, is a major competitive advantage. Thus, it behooves teams to try to give themselves the best chance of avoiding infections while remaining competitive and getting their work done.

That will be especially important over the final three weeks of the season and as we head into the postseason, as the omicron variant proves to be much better at getting through vaccines, particularly among people in close-quarter, unmasked, indoor situations.