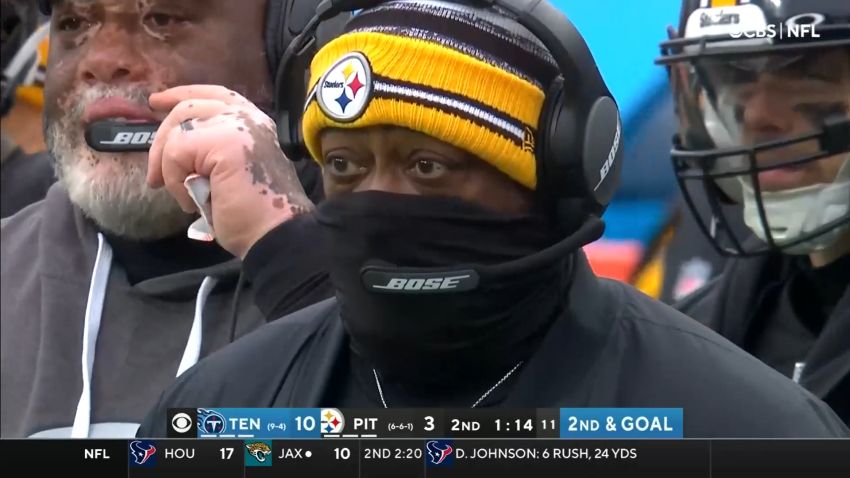 With the Tennessee Titans chewing up clock late in the first half, driving down the field in Pittsburgh Steelers’ territory, Steelers’ head coach Mike Tomlin made a curious decision to not call timeout between second and third down from inside the Steelers’ 10 yard line.

Facing a second and goal from the 9 yard line after a false start, the Titans were able to move the ball to the 4 yard line with the clock running. Typically, a coach will take a timeout there, but Tomlin didn’t. The Steelers then got a stop on third down where Tomlin then called timeout with 21 seconds left, leading once again to many questions about his clock management abilities after allowing roughly 30 seconds to burn off the clock between second and third down.

That late timeout didn’t quite help the Steelers as Pittsburgh’s Chris Boswell ended up missing a 57-yard field goal attempt as time expired in the first half, again calling into question Tomlin’s decision to not call a timeout between second and third down, saving the Steelers some time for their final offensive drive of the first half.

After the game in which the Steelers fortunately got a win, Tomlin explained the rationale behind the decision to not call timeout, stating to reporters he was singularly focused on getting a stop in that situation, rather than worrying about potential time left on a subsequent offensive drive.

“I was more concerned with stopping them than I was creating a drive opportunity for us,” Tomlin said to reporters after the game, according to video via the Steelers’ official YouTube page. “I wanted them to make decisions on going from second to third down on time unless they burned one of their timeouts. They chose not to, and so the clock ran.

“You get excited about subsequent drives, but you gotta get the stops first, and I didn’t take that for granted.”

That’s probably the most open and honest answer from Tomlin in recent years in regards to clock management issues. While it’s easy to see where he’s coming from with this stance forcing the Titans to make decisions up against the clock, he has to take a timeout between second and third down to preserve some time for his offense there late in the half, considering the Titans were already in at least field goal range.

If they were outside of field goal range it would make much more sense as to what Tomlin was trying to do in that situation.

Fortunately for the longtime head coach, the decision to not burn timeout didn’t cost the Steelers a win in the end. The fact remains though that he really struggles in this department year after year.