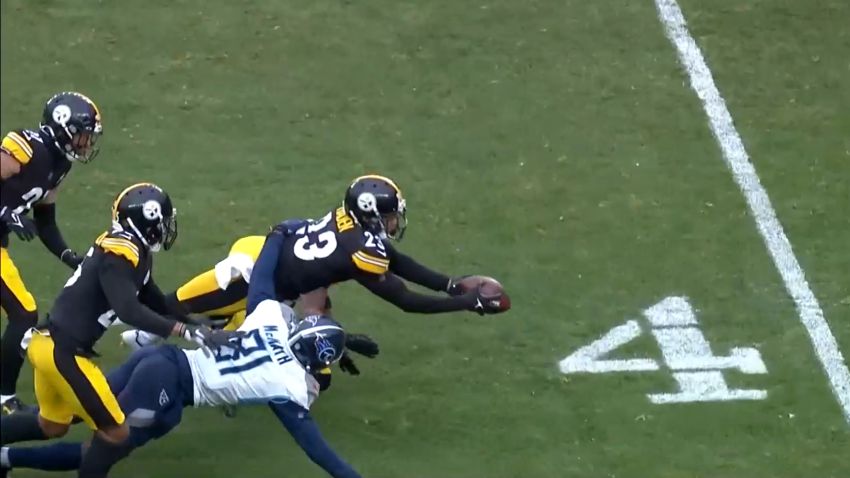 The Pittsburgh Steelers have had to do without the services of starting cornerback Joe Haden for the past month, but he made his return today—and he made an immediate difference. While he was limited in his playing time, and he had his struggles, the veteran made some crucial plays during the game, especially in the second half, including the game-winning play.

He recovered a fumble late in the third quarter after Cameron Sutton helped to jar the ball loose from a wide receiver after fielding a third-down conversion, making a dive to secure it, which looked like it could have initially been ruled as an interception. On 4th and 7 with under a minute to go, he was able to bring down wide receiver Nick Westbrook short of the first-down line, resulting in a turnover on downs that allowed Pittsburgh to run out the clock.

“It’s not just his playmaking”, head coach Mike Tomlin said of the impact of Haden’s return after missing so much time. “It’s the presence that he brings. He’s got leadership skills, he’s got great experience, he smiles in the face of adversity—that’s contagious. There was some tangible and intangible quality to his presence today”.

Now in his 12th NFL season, and his fifth with the Steelers, Haden has missed five games this season, the four most recent being due to a Lisfranc foot injury. He has 26 tackles on the season, with five passes defensed, one forced fumble, and for his first takeaway of the season, today’s recovered fumble.

Since signing with the Steelers, he has registered 226 tackles, 10 interceptions, with one touchdown, 53 passes defensed, three forced fumbles, and two fumble recoveries. He also has one sack. He made the Pro Bowl during the 2019 season, recording five interceptions that year along with 17 passes defensed.

But he will be an unrestricted free agent come March. While he talked about wanting to get a contract extension done back during training camp in August, saying that he wanted to finish his career in Pittsburgh, he, via his agent, later changed his tune and said that it was his intention to test free agency.

A first-round pick by the Cleveland Browns out of Florida in 2010, Haden played his first seven seasons there, making two Pro Bowls. He was cut in August of 2017, and signed with the Steelers by the end of the day on a three-year, $27 million deal.

Pittsburgh signed him to a two-year, $22 million contract extension in 2019. He received over two thirds of that in guaranteed money, with a $13.8 million signing bonus. He also had a $3 million roster bonus. He is making $7 million in base salary this season, but with a cap hit over $15 million due to the signing bonus figures.