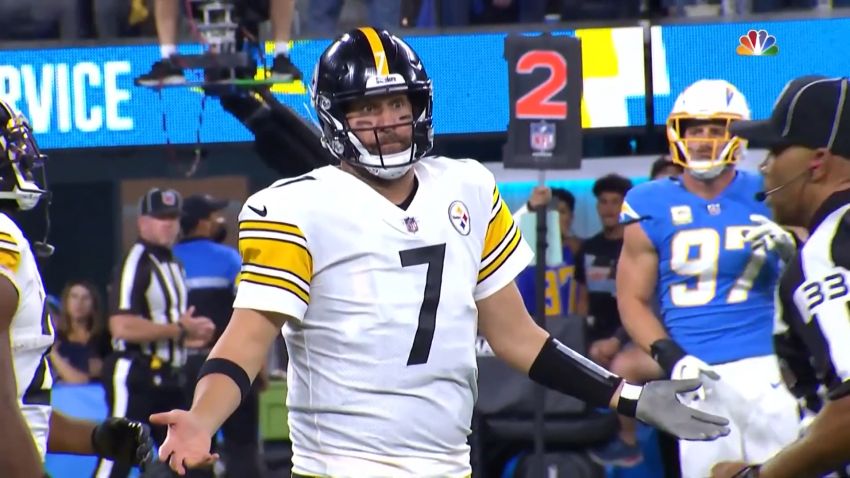 As good as your team may be, under any circumstances, you’re only going to go as far as your quarterback can take you. That’s the reality of the NFL in today’s environment, with the occasional exception that proves the rule. A career middling quarterback like Joe Flacco can ride a stellar postseason wave into a championship, or a Nick Foles can have an awesome Super Bowl. But it’s rare for a team to actually overcome bad quarterback play.

And that’s more or less what the Pittsburgh Steelers have gotten out of Ben Roethlisberger for the past two years.

You can look at the numbers, or you can look at the tape. His accuracy, not just on deep passes, is down. His vision and mobility in the pocket, down. Does he make some quality throws, the occasional vintage moment? Absolutely. But on a play-to-play basis, he might not be in the top 20 quarterbacks. And yet they have nobody better. And the offense isn’t there to support him.

“I think Ben’s doing all he can right now”, offensive coordinator Matt Canada told reporters on Thursday, via transcript. “We talked about the trajectory earlier with the line. We had a pretty good run; Ben didn’t have any picks for what? Four games? It was very efficient and effective. At the quarterback position, it all comes there”.

Of course, while he had a stretch during which he didn’t throw any interceptions, he still put the ball in harm’s way with turnover-worthy throws that simply were not completed for the takeaway. And the Bengals got him twice Sunday, including a pick-six from good friend Mike Hilton.

“We got ourselves in a bind last week behind and had to try to play catch up and do things, and it all falls at the quarterback”, Canada acknowledged. “They either make a lot of plays or they don’t. It falls to him. I think Ben’s playing well. We’ve got to continue to help everybody, not necessarily him. We’ve all got to play together. We’ve got to play better, we’ve got to coach better. We’ve got to find a way to win a game. He’s doing everything we ask. We just have to play better as a unit to find a way to win”.

What the Steelers don’t do anymore is go into a game and ask Roethlisberger to win it. Yeah, he can execute a game-winning drive—he has four this season, and should’ve had five in Los Angeles—but is he just going to take over a game, let alone win a shootout? Not this 39-year-old.

He is doing all he can right now, as Canada said. Unfortunately, half the time, it hasn’t been enough. That’s why the Steelers have allowed 43 more points so far this season than they have scored, an average of 3.9 points per game.