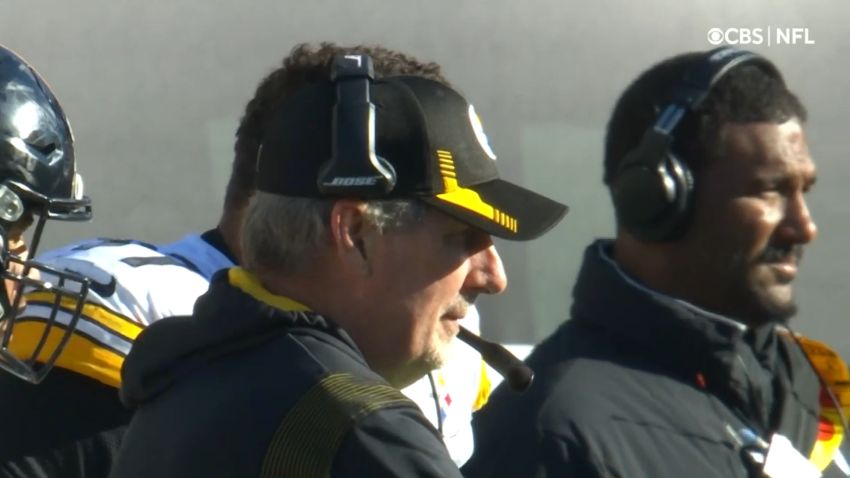 The Pittsburgh Steelers have a prideful defense, historically. They haven’t been playing anything like it in recent weeks. And it’s got everybody dadgum ticked off, including their defensive coordinator, Keith Butler. Injuries have limited what they are able to do, but even beyond that, there is no simple fix.

That’s multiple instances of him saying that they have to play more physical, within the same response to one question, which was about whether or not the issues are schematic of fundamental. Sometimes you can’t scheme your way out of a lack of something in your players.

And I don’t think it’s controversial for him to say that they have to be more physical, because it’s evident on the field. They’re getting controlled at the line of scrimmage with regularity now. Not just the defensive line, but the linebackers as well, and they’re struggling to set and particularly to hold the edge, but most of the damage has been between the tackles.

What is a little more eye-opening is him saying that we need guys who love to play. Is that a generic answer, or is there something that he doesn’t like that he’s seeing? Is he talking about somebody? Cue all of the comments below about it clearly targeting Devin Bush.

It either gets fixed or it doesn’t, and there aren’t going to be many reinforcements. You can get Carlos Davis back from IR, and you’ve added Montravius Adams to the defensive line. What else are you going to do? You can play Robert Spillane when he gets back. You could even play Buddy Johnson.

If you’re facing a run-first attack, you can play big nickel or even big base by using Miles Killebrew in place of one of the cornerbacks, which would be helpful for the Ravens game since Joe Haden isn’t going to be playing anyway.

But how much can they improve their glaring issues, this season, and even if they do, is it already too little, too late? Short of getting 2020-era Stephon Tuitt back, there’s not a lot they can do that would actually make a legitimate impact.