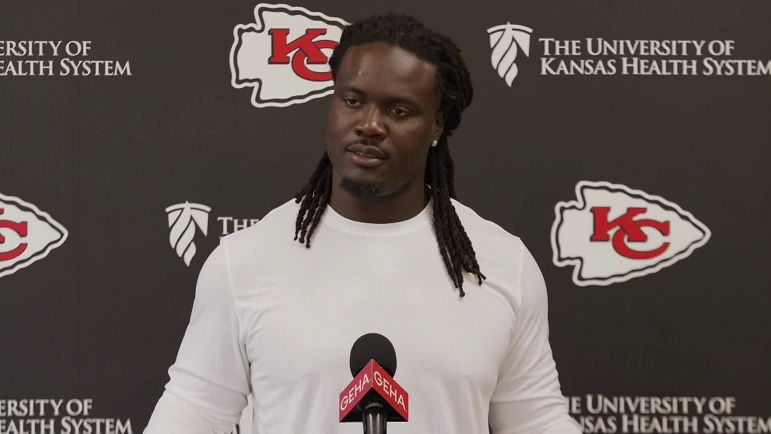 The Pittsburgh Steelers are set to play the Kansas City Chiefs on the road this coming Sunday, and that means they will be preparing to face outside linebacker Melvin Ingram. Ingram, who started the 2021 season with the Steelers, was traded to Chiefs right before this season’s deadline after making it know that he was unhappy with his role in the Pittsburgh defense. On Tuesday, Steelers head coach Mike Tomlin held his weekly press conference, and during it, he was asked if the prospects of potentially having to face Ingram as a member of the Chiefs later in the season weighed any into the decision to trade him away to Kansas City.

“We didn’t weigh their circumstances, no,” Tomlin said on Tuesday. “We weighed our circumstances, not only the tangible element of our circumstances, but the intangible that makes up team. Like I mentioned when we moved him, we had an opportunity to get value for him and so that was entertaining and interesting to us. But also, to be quite honest with you and blunt, Melvin no longer wanted to be here and for us, we prefer volunteers as opposed to hostages and we believe that that’s a formula that really allows us to come together in ways that you can’t measure.

“To do the things that we were able to do last week, to smile collectively in the face of adversity and do what’s required to get out of stadiums with necessary wins. And so, that’s just more of a function of us and the things that we value and less about Kansas City, the things that they needed, or the prospects of playing them later in the season.”

Tomlin saying, “we prefer volunteers as opposed to hostages,” is the same thing he said way back when former Steelers running back Le’Veon Bell decided to sit out the entire 2018 season after receiving the franchise tag from the team earlier that offseason.

Since the Steelers traded away Ingram to the Chiefs in early November, the outside linebacker has registered 10 total tackles and 2.5 sacks in six games played. He has logged 229 defensive snaps in those six games, an average of just over 38 snaps per game. While he was with the Steelers, Ingram averaged 41 snaps per game. So, take those numbers and use them how you will.

Had Ingram not forced his way out of Pittsburgh, he would have likely logged more playing time on defense in the last six games than he has with Kanas City due to Steelers starting outside linebackers T.J. Watt and Alex Highsmith both missing time with injuries.

The Steelers only received a conditional sixth-round draft pick from the Chiefs for Ingram. Even so, Tomlin still seems comfortable with the compensation the team received as part of that trade, mainly because Pittsburgh ridded themselves of a player that no longer wanted to be part of the team.

At some point during these next few days, Ingram is likely to address the Chiefs’ media, and if so, it will be interesting to again get his take on how things have transpired with him since being traded away from the Steelers. It will also be interesting to see how Ingram ultimately plays on Sunday.