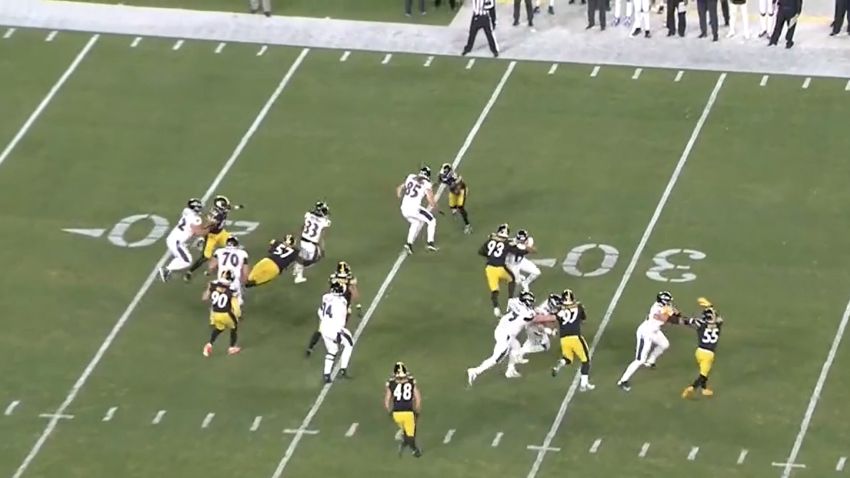 Turns out all the Pittsburgh Steelers’ run defense needed was a guy from somebody else’s practice squad.

That is the most naively simplistic way of saying it, but the play of Montravius Adams in Sunday’s win over the Baltimore Ravens was significant, and he helped control the run game, which was an immense problem for the past month in Pittsburgh. He didn’t do it single-handedly, by any means, but he made a difference.

“Mon Adams coming off the street and playing some really good football, man. He made some really impactful plays that might not always be kept in the stat sheet, but we felt his energy”, defensive captain Cameron Heyward said yesterday on the DVE Morning Show, crediting the play of guys like him for opening up things for others—though not so much himself, he joked, when asked if he said fewer double teams. “What does doubled less look like?”.

Especially without Tyson Alualu and Stephon Tuitt, Heyward has had to be the rock for Pittsburgh’s defensive line. While he has been that, there’s only so much one player can do to control the run game when offenses can simply run away from you—or block you with two or more guys.

“I don’t know about doubled less, but I think it created opportunities for other guys to eat”, Heyward noted. “You see the seven sacks, T.J. [Watt] had a monster game. And [Chris] Wormley, he just kept feeding. A couple times, if you let go, it creates a lane, but Wormley held on for dear life, and to have that type of performance, we really needed it”.

Between Watt and Wormley, the Steelers recorded six sacks, adding one more on the day—from Heyward himself, although it was more of a clean-up job, but it was still a deserving stat for how he played in the game, and during the whole season.

The Steelers had one of the better nose tackles in the league in Alualu to start the season, but he went down very early on with a fractured ankle. Isaiah Buggs was first up to replace him, and he started out well enough, but the inconsistencies grew to be too much, and he was recently benched—now dealing with injury on top of that.

Carlos Davis was just removed from the Reserve/Injured List. Though he was inactive last week, it’s possible that he dresses and plays in tomorrow’s game. Henry Mondeaux, and Heyward himself, have also been playing nose tackle in recent weeks.