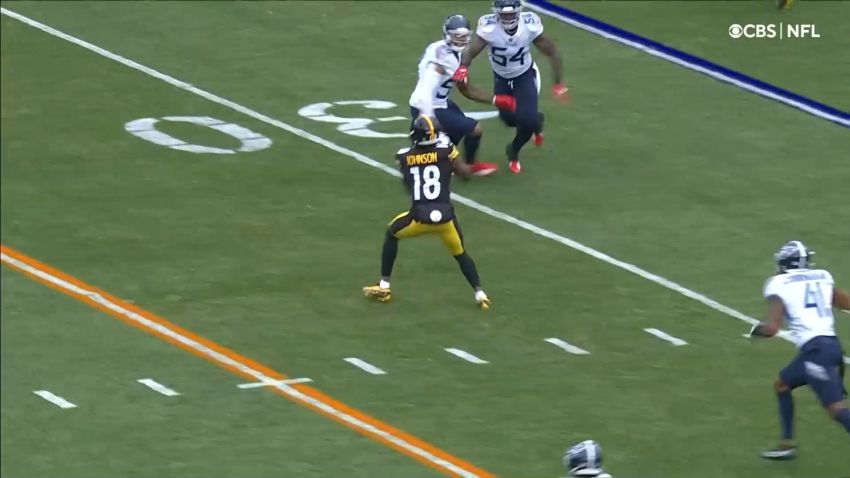 Diontae Johnson has made steady progress each season since first coming into the league out of Toledo in 2019, bettering his numbers year after year. Outside of his bout with the yips in terms of drops in the middle part of last season, he has grown in reliability, as well, solidifying himself as the Pittsburgh Steelers’ number one receiver.

Today, he recorded his first 1000-yard season of his career, surely the first of many, on the first play of the game, a 16-yard completion. He came into the game sitting at 990 receiving yards on 81 receptions, along with six touchdowns. It is the first 1000-yard receiving season for any Steeler since both Antonio Brown and JuJu Smith-Schuster accomplished it in 2018.

Still, it certainly wasn’t his biggest game of the season. He caught just five passes (on five targets) for only 38 yards, which is his second-lowest yardage total of the season, behind his five-catch, 36-yard showing in the season opener, though he also caught a touchdown in that game. With today’s tallies, he now has 86 receptions for 128 yards and six touchdowns on the year.

The Steelers drafted Johnson to replace Brown, who forced the team to trade him during the 2019 offseason. They received third- and fifth-round draft picks in compensation, and used that third-round pick on Johnson (the fifth going for Zach Gentry, the Steelers’ number two tight end for now).

Johnson entered today’s game with the fourth-most targets in the NFL, behind only Cooper Kupp, Tyreek Hill, and Keenan Allen. Johnson, however, has missed a game, while the others have not; Hill has already played this week’s game, as well.

He also came into this game sitting at 10th in receptions at 81, with Davante Adams the only player ahead of him who had not played more games. In receiving yards, his 990 ranked 11th, Adams and Deebo Samuel joining him in having only played 12 games.

Outside of a frustrating fumble in overtime against the Detroit Lions and a couple of drops—perhaps the occasional miscommunication on what route was supposed to be run—he has been the sort of player that you want as your number one target.

First and foremost, he’s open. He’s about as good of a route runner, along with Brown, that Ben Roethlisberger has ever played with in his entire career. His change of direction is excellent, as he showed on his second touchdown two weeks ago. And his concentration in contested-catch situations is underrated.