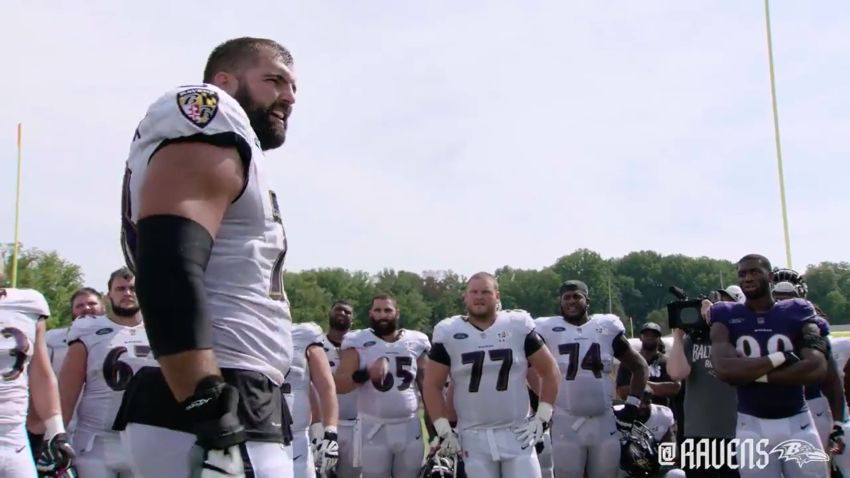 Intradivisional personnel movement isn’t the most common thing in the world, but it does happen. Occasionally, you even have divisional rivals making trades. The Pittsburgh Steelers traded for Chris Wormley from the Baltimore Ravens last year, for example.

And for the first time, Wormley and Villanueva are on the opposite side. Wormley played three years against Villanueva as a member of the Ravens, and then was teammates with him last season. Now it’s him on the Steelers and Big Al with Baltimore.

“It looks like he’s playing well there. Obviously he was a great player for the Steelers for so long”, he told reporters about Villanueva earlier today after practice. “Going to a divisional rival like I did a couple years ago is a little odd, but he’s been playing good for them, and I’m excited to see him after the game. I think Cam [Heyward] and [Alex] Highsmith are gonna take the brunt of the reps against him, so it’ll be fun”.

The Steelers faced major salary cap uncertainty early in the offseason, which prevented them from entering serious negotiations with the majority of their top-tier free agents, such as Villanueva and Hilton. Their losses have been felt over the course of the 2021 season, for sure.

In Villanueva’s place has been Dan Moore Jr., a fourth-round rookie out of Texas A&M, who has struggled particularly as a pass protector throughout the year. Granted, Villanueva himself has not played much better than he has in the past couple of years.

The Ravens originally signed him to play right tackle, replacing Orlando Brown Jr. after the latter was traded, and he even started the season opener there—struggling quite a bit. Ronnie Stanley, however, was again lost for the season due to injury, and it allowed Villanueva to move back to his far more comfortable left side.

He has been an up-and-down performer all year, probably settling down to something slightly below average—and yet better than what the Steelers have been getting. Suddenly the strength of the offensive line in the AFC North is in Ohio.