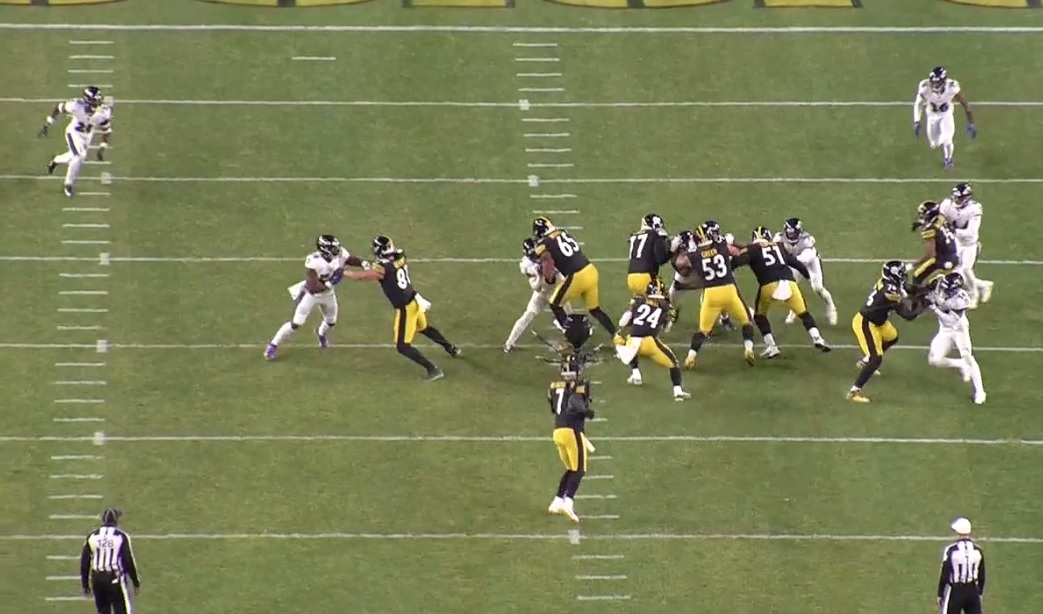 Benny Snell hasn’t exactly had the professional career some expected him to have. Despite that, he’s stayed a true professional despite not getting much offensive playing time.

”There’s another guy that I think has really matured in my time here,” Canada said Tuesday in audio provided via the team. “I think his preparation and his attention to detail in our [pass] protection and all those things [has been huge].”

Snell is still listed as the primary backup running back behind Najee Harris, but he hasn’t gotten much tick. He remains an integral part of the Steelers special teams, as Canada mentioned.

Snell’s willingness to stay ready as a running back was crucial in Sunday’s win over the Ravens. The two runs referenced by Canada went for five and eight yards, respectively. In the box score, two carries for 13 yards is nothing to scream about.

“He obviously is a huge part of our special teams with Danny [Smith], but I thought jumped in and was ready to go. Those were big, big runs at that point in time.”

As we’ve came to learn this season, the difference between Najee Harris and the back-ups has been astronomical. Not to mention, those were two runs that came within the Ravens’ 35-yard line at a crucial time in the fourth quarter. That was the eventual drive that put the Steelers up 20-13.