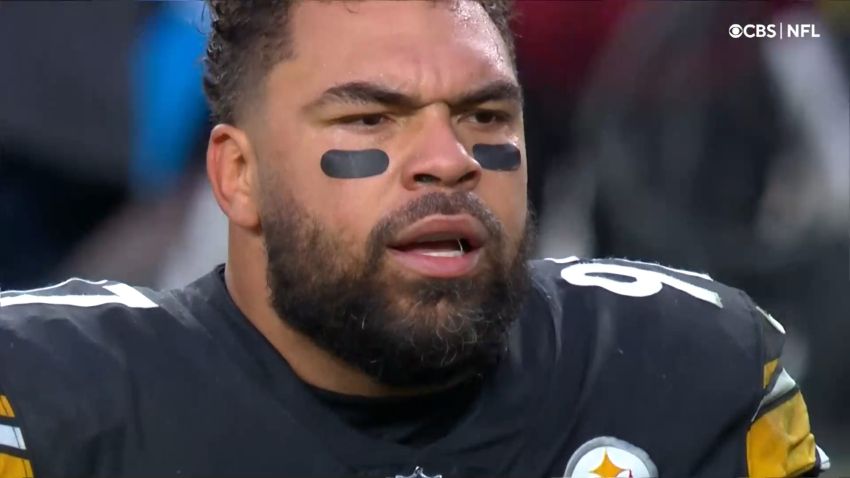 The Pittsburgh Steelers’ run defense continues to leave a lot to be desired. Today’s game was not as bad as many recent weeks have been, but they still allowed Tennessee Titans running back D’Onta Foreman to rush for over 100 yards, amid a 201-yard day for the team as a whole, split between three running backs and minor contributions from quarterback Ryan Tannehill.

It’s something that defensive captain Cameron Heyward has never seen from his unit before in his decade-plus of experience along the line. They are on the cusp of setting team records in futility. He’s tired of it. And he’s not even sure what to do about it.

“I’m still ticked about it. I never want to surrender that many yards. There’s a lot we’ve got to clean up”, he told reporters following today’s victory. “But it’s better to clean it up in a win than a loss. I’ll be banging my head tonight trying to figure out what we need to do. Too many times we set the edge, he cuts back, or stays frontside and he gets out. Teams are going to do the same things from here on out; if we don’t do it, we’re gonna be in a world of trouble”.

The defense has allowed 200 or more rushing yards three times this season, including a shameful 242-yard outing by Dalvin Cook and the Minnesota Vikings in their most recent game. The Detroit Lions also topped the 200-yard plateau. They have only held one team to under 100 rushing yards in a game since week four.

Of course, they have had injuries working against them. Their starting nose tackle, Tyson Alualu, fractured his ankle early in the second game of the season. Star lineman Stephon Tuitt has not played at all this season—and there are no indications that that will change. It’s only been Heyward as the lone source of consistency up front.

The lack of stability in the secondary requiring that they play more in zone coverage has also made it more difficult for the defensive backs on the perimeter to provide run support, but the inside linebacker play has been the weakest link in the chain, in my opinion.

The big difference today, however, was the fact that, while gap integrity was poor, the run support at the second and third levels was able to limit the damage, something head coach Mike Tomlin paid credit to after the game, acknowledging free safety Minkah Fitzpatrick’s 14-tackle day, which helped prevent the Titans from having any rushing play of more than 20 yards.

Is that a positive sign? Not really. Opposing offenses are still able to utilize the run game to control the ball and to move down the field. Limiting the homerun ball is better than nothing, certainly, but it’s small consolation in the long run considering the extent of the problem.