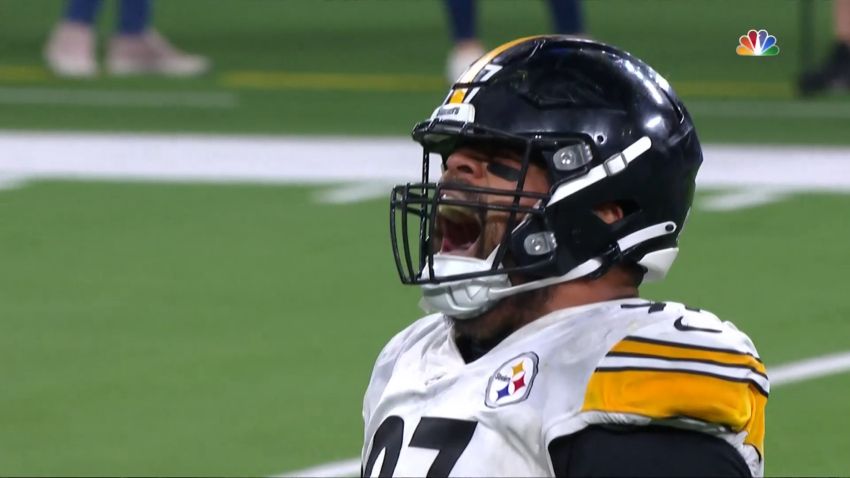 Every team goes through their ups and downs over a period of years. There are too many variables to go into, but the bottom line is nothing lasts forever—neither success nor failure. The Pittsburgh Steelers of 2021 are still trying to figure out which end of that spectrum they’re closer to, but if you listen to their alumni, it’s clearly the latter.

We’ve heard from a number of former Steelers in recent weeks commenting on the team’s current state, with Ryan Clark, now an ESPN commentator, being at the forefront. Arthur Moats, Chris Hoke, and Rocky Bleier have been among the others.

A lot of their comments were fair. Some of them…perhaps crossed a line, reading into Cameron Heyward’s comments, when he was asked about all that we’ve heard from Steelers of the past recently. “We appreciate their criticism, but…”, he said, starting out.

“Last week was an ugly loss, right?”, he went on, referring to Cincinnati. “But you can’t question our heart, and that’s one thing I will never do. I won’t demean a guy that I know is putting in the work. Was it ugly last week? Yeah. But there’s a lot of football for us to be played, and it’s up to us to handle that. Steeler greats are Steeler greats, but man, we’ve got to handle that. We know we’ve got to play better”.

Indeed, there were a number of remarks from multiple players alluding to, or even directly referring to, matters of heart and desire and motivation. Players saying that they don’t represent the Steeler Way anymore and comments of that nature. But it’s a lot to critique another person’s passion.

“These guys play with, our guys play with heart. There’s not a soul in there that wasn’t pissed off that we lost in Cincinnati”, Heyward said. “Was it, was it even close to perfect? No, but these guys, man, they dedicate their lives. And to say we don’t have heart? I, I just don’t think that’s right”.

“It was ugly. Okay. But don’t ever question my guys”, he went on. “We prepare, we work our tails off, and we try to provide for our families and give something back to this game. But you’ve got to take those lumps with it and we’re gonna keep battling and keep fighting, and we’ll see what happens at the end of the season”.

The Steelers showed the most heart that they have had in weeks on Sunday evening, defeating the Baltimore Ravens, 20-19. They have a quick turnaround now, with the Minnesota Vikings up next, on the road, tomorrow night.

Pittsburgh sits at 6-5-1 right now, just on the outside looking in as far as a playoff spot goes. All three Wildcard teams are 7-5 right now, those being the Los Angeles Chargers, the Cincinnati Bengals, and the Buffalo Bills. Barring a rather unlikely tie in the future, that puts them one game back with five weeks of ball left to play.

Do they have it in their hearts to make a run?