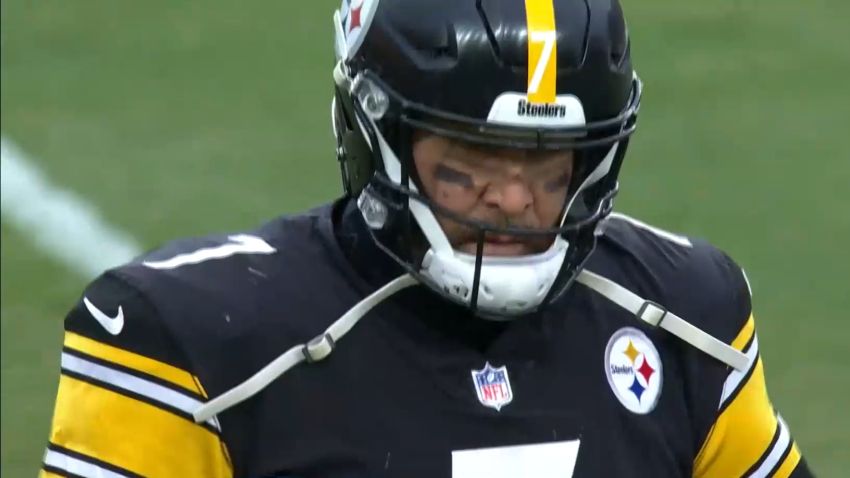 The Pittsburgh Steelers won the turnover battle today, by a huge margin. They took the ball away from the Tennessee Titans’ offense four times, including an interception by Joe Schobert, and fumble recoveries by Minkah Fitzpatrick, T.J. Watt, and Joe Haden.

They barely won, albeit by six points, requiring a fourth-down stop in the red zone. Why? Because the offense could not capitalize on those turnovers, in spite of the fact that they were routinely given good field position, which quarterback Ben Roethlisberger could only describe as “Extremely frustrating”.

“We felt like there were opportunities and points that we couldn’t get, that were left out there”, he said after the game. “We know we can always count on Boz, but obviously we want to put up more points. Especially the last one, a chance to make it a two-score game. It’s extremely, extremely, extremely frustrating”.

All four takeaways put the Steelers’ offense inside of Titans territory, between the 41- and 31-yard lines. All four of those drives resulted in only field goals from ‘Boz’, or Chris Boswell, their veteran kicker, who is among the most accurate kickers in NFL history.

The offense only mustered a total of three first downs on those four drives. They picked up a combined nine yards on their final two post-turnover possessions. In all, they produced 58 net yards on four drives off of the takeaways recorded by the defense.

“Give them credit, they’re a good defense”, Roethlisberger allowed of the Mike Vrabel-coached Titans; “whether we had a penalty, whether we had a negative rush, whatever it was, we couldn’t put the points on the board through a touchdown, and that’s very frustrating”.

In fact, it just wasn’t a good day overall. The offense only produced a total of 168 net yards, with 133 passing yards and 35 rushing yards, averaging just 3.7 yards per play. They lost the time of possession battle by very nearly a two-to-one ratio, as well.

Given the takeaways, and the fact that all four of them gave the offense generous field position, there is no reason that this should have been a one-possession game. On the other hand, Tennessee had opportunities to separate in the first half that they also failed to capitalize on.

The Titans finished 1-for-4 in the red zone, and 1-for-2 in goal-to-go situations. They finished 8-for-18 on third down, but most of that success was in the first half. They did not produce any points in the second half, even though they managed at least one first down on all of their six second-half possessions, including four on a 65-yard final drive that ended in the turnover on downs.