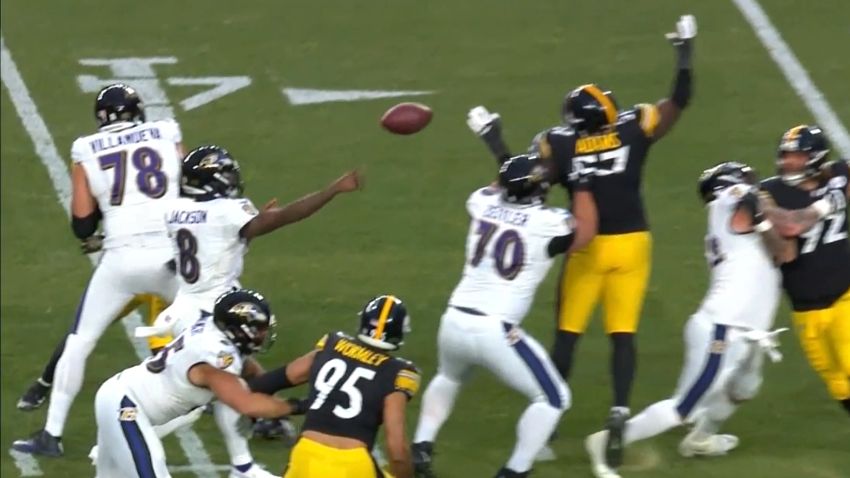 Reasoning: On the New Orleans Saints’ practice squad a week ago, Montravius Adams made his Steelers debut Sunday, performing well and helping the defense get its play against the run under control after a historically bad string of games.

Montravius Adams is not some random novice that the Steelers just picked up off the street. A third-round pick by the Green Bay Packers in 2017, he spent his first four seasons there, and has since logged over 700 snaps on defense as a defensive tackle, a position that doesn’t always get on the field.

Coming in and learning enough of the playbook in less than a week, he logged 34 snaps for the Steelers on Sunday against the Baltimore Ravens, limiting them to just a little over 100 yards rushing, which is a marked improvement compared to where this unit had been in recent weeks.

It was enough to get head coach Mike Tomlin to say that they “just maybe” might have found something in their new defensive tackle this week. “It was a good experience”, he said, and added that he’s looking forward to helping him elevate his game to elevate their defense in return.

Adams, though, is just one part, hopefully, of the defensive reinforcements. The Steelers just recently activated Carlos Davis from the Reserve/Injured List, who has been unavailable due to injury for most of the season. He did not dress on Sunday, for unknown reasons, but he gives them another option that they had previously not had.

Meanwhile, Isaiah Buggs is in flux. He took over at nose tackle after Tyson Alualu was injured, but his inconsistent play led to him being benched. He is currently sidelined with an injury of his own, and I imagine that he will not be ready to play in time for Thursday’s game. I imagine Adams will continue to dress. The question is, will Davis?